‘Anthony does what he does’: Cowan Jr. is playing his best basketball yet

The senior guard is leading the team better than ever, and it’s making all the difference for the Terps.

Share All sharing options for: ‘Anthony does what he does’: Cowan Jr. is playing his best basketball yet

As Anthony Cowan Jr. stood on the court of Xfinity Center after leading then-No. 3 Maryland men’s basketball to a comeback victory over Illinois, the crowd erupted.

The senior guard, never one to get overly excited, simply continued his postgame interview. That's the guy Cowan has proven to be this season: calm, cool and collected. In the few close games where the team has trailed, he has been the one to step up, make big plays and lead scoring runs — and such was certainly the case Saturday night.

“Anthony is an animal,” Jalen Smith said after the game. “He always plays the game well, he is always leading us, always making shots when it counts and even when it doesn’t count. ... He just plays hard and is the leader we needed.”

Against the Fighting Illini, that meant draining a three-pointer from the Gary Williams signature to tie the game at 58-58 with 20.6 seconds remaining. He said Monday he didn’t realize just how far back it was at the time.

Cowan then fouled while nabbing a steal and made one free throw attempt to seal the 59-58 victory (he said after the game that the second one was a planned miss). He finished with 20 points, seven rebounds, six assists and three steals.

“Anthony does what he does,” head coach Mark Turgeon said after the game. “Anthony was just Anthony.”

Cowan having big three-pointers to tie games late is nothing new, in fact it’s kind of become his specialty. Remember when the Terps faced Wisconsin at Xfinity Center last year?

Maryland was down late and the guard made a three-pointer — though from the top of the key that time — to give his team a 62-60 lead with 42 seconds remaining. The Terps then sealed the game on free throw attempts, taking a 64-60 victory. 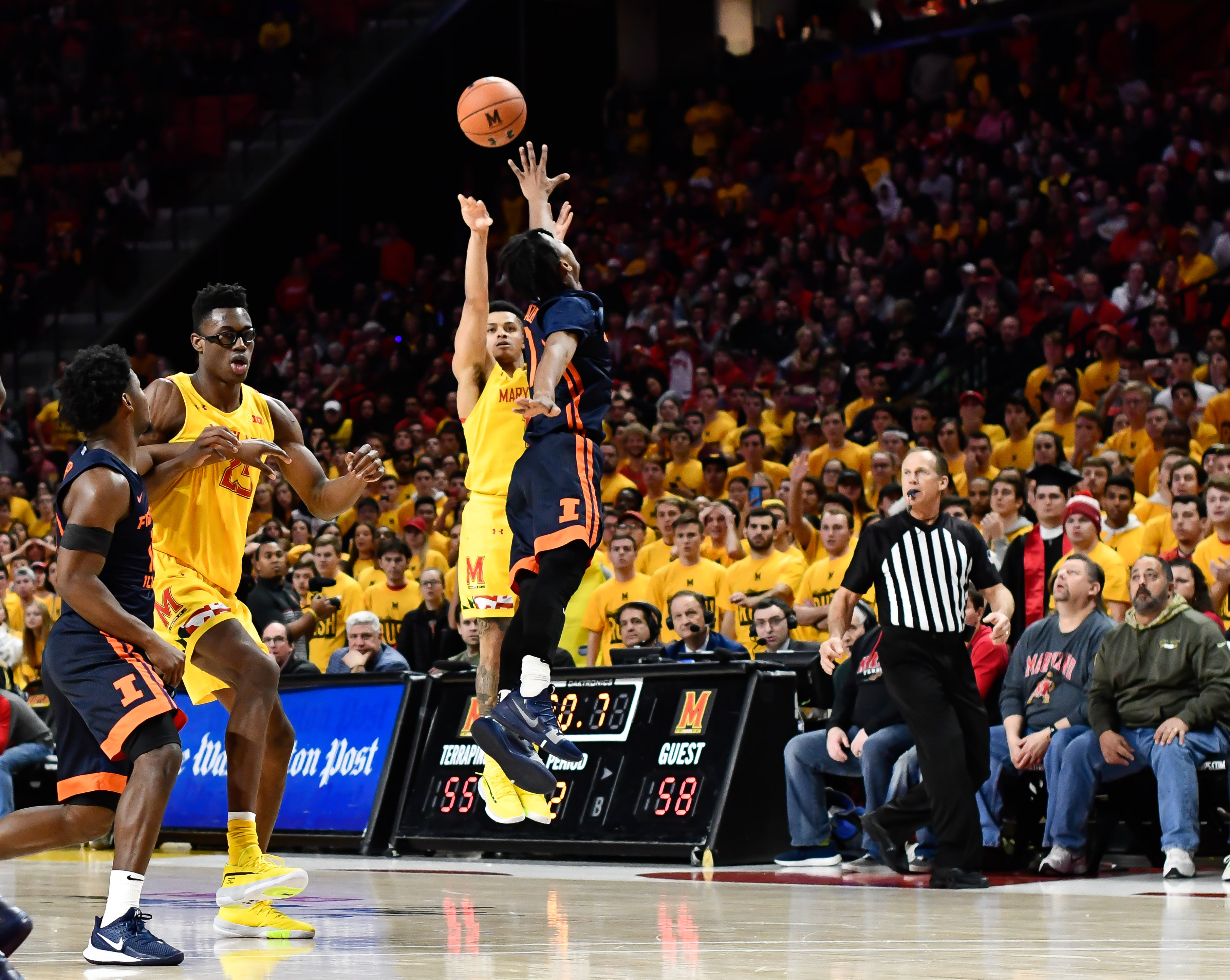 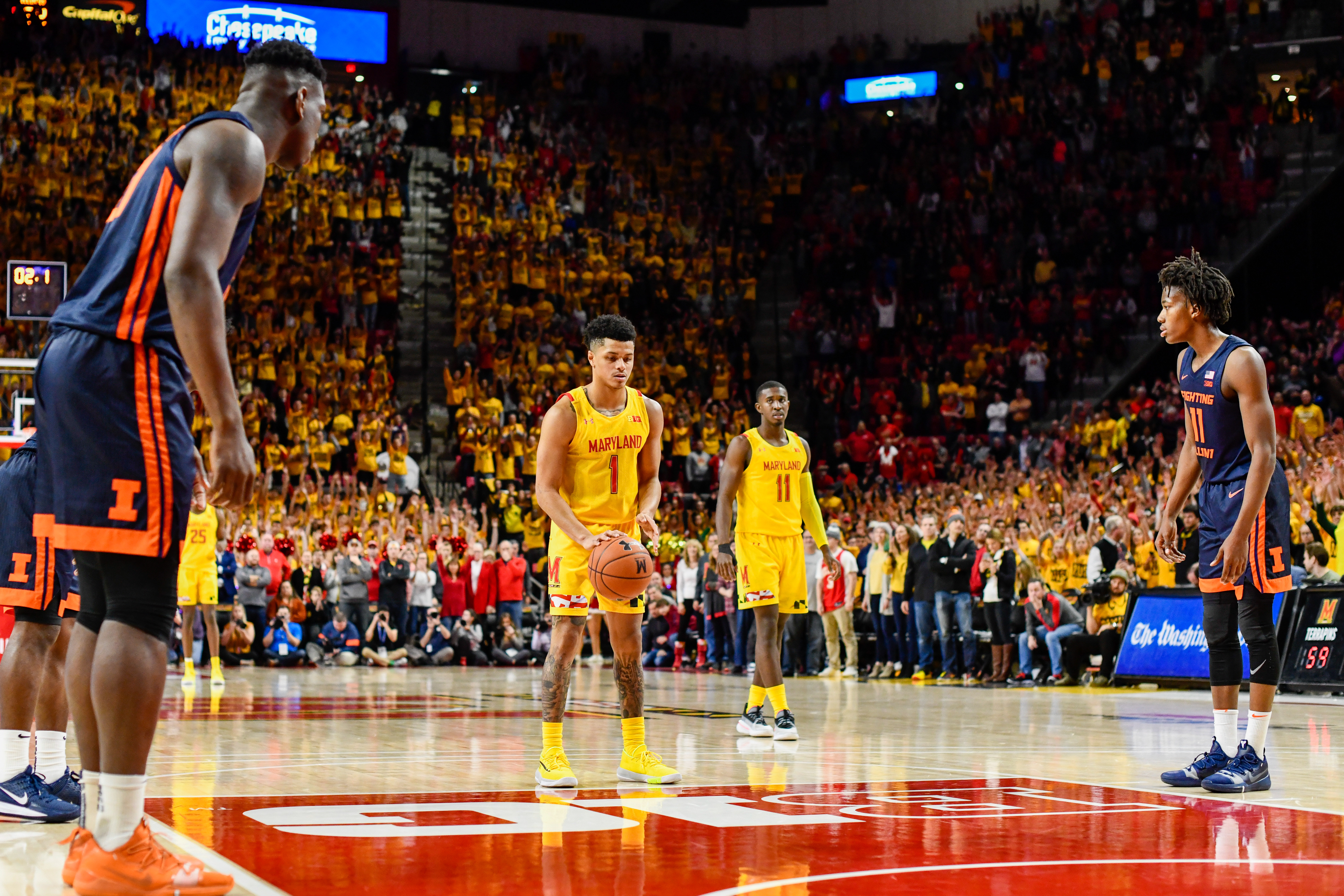 But what’s making the difference this season is how Cowan is leading Maryland while also improving on skill areas that previously hindered the team.

“I told him after the game he’s playing as well as anybody in the country and anybody in this league. Again, it’s a tribute to who he is. That’s what a senior does. Seniors step up and make big shots and big plays. Mark’s got to be really proud of that young man.”

It’s become clear that Cowan knows exactly when he needs to take over for the team to make those big plays and when to back off, showing a much improved feel for the game. Maryland has had just three games this season that were won by seven points or less, and those same contests are the ones in which Cowan has scored the most points.

And in each of the games that he goes on a scoring spree, Cowan has done so in the second half, once he realizes he has to be the one to step up with the team lacking certain elements that night.

In comeback wins over Temple and Harvard in the Orlando Invitational, Cowan led numerous scoring runs to get his team back in it late in the second half — both ended as seven-point victories. He had 51 points, nine assists, four steals and three rebounds in those two contests alone, shooting 48.4 percent from the floor and 53.8 percent from deep.

And unlike last season, even when he notices this, he still is looking for the best scoring chance for his teammates first. He said the game feels less frantic as he’s worked on just letting it all come to him instead of forcing plays.

“Whenever we’re kind of down or haven’t really scored as much as we need to, I take it upon myself to not only get myself or somebody a shot, but just try to get somebody open or try to get an easy play, get an easy bucket,” Cowan said on Monday. “That’s what a point guard’s supposed to do.”

And while Cowan has come up clutch for the Terps in desperate times thus far this season, other guys will need to step up if the team wants to fulfill its hopes of bringing rings and a banner back to College Park.

So after the Illinois game, he gave a powerful message to his teammates in the locker room that he hopes will inspire a better effort against Penn State Tuesday night.