The Terps will have a patriotic feel Saturday.

For the second straight year, Maryland will be unveiling some truly new uniforms against West Virginia. Last season, it was the "Red Pride" uniforms, complete with hand-painted helmets. This year? Something a bit more...national.

The school announced on their football site that the uniforms will honor the 200th anniversary of the Battle of Baltimore, which inspired Francis Scott Key to write his poem "Defence of Fort McHenry." The poem later became "The Star-Spangled Banner," the national anthem.

The poem is written on the uniform itself, on the jersey, helmet and shoes. More from the release:

The logo on the helmet and pant features the outline of Forg McHenry and an image of the famous flag that flew through the night of the Battle, which inspired our national anthem. Additionally, team captains will don red belts as American military captains did during the Battle.

Maryland reportedly received a special exemption from the NCAA to make the jerseys legal.

Each jersey features the word "Triumph" on the back. #UMD received an exemption from the NCAA for this historic event pic.twitter.com/IxRfguvpyQ

The school and Under Armour also announced a 10-year partnership extension in a release Tuesday. 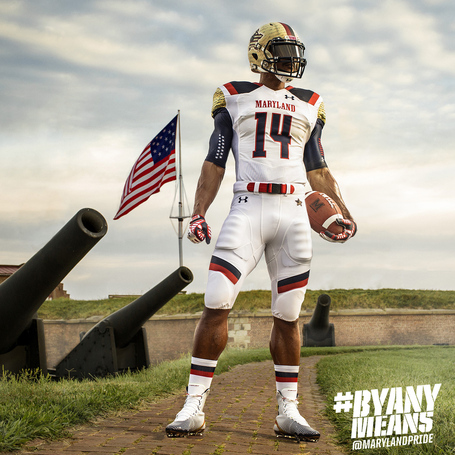 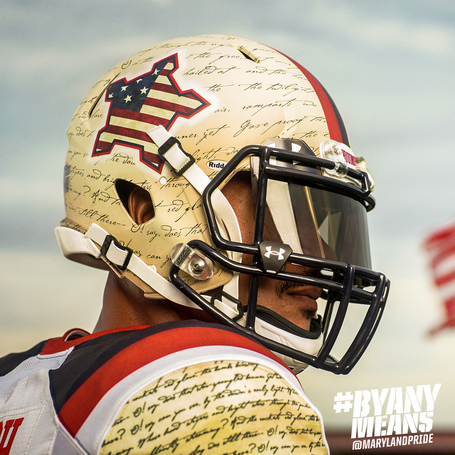 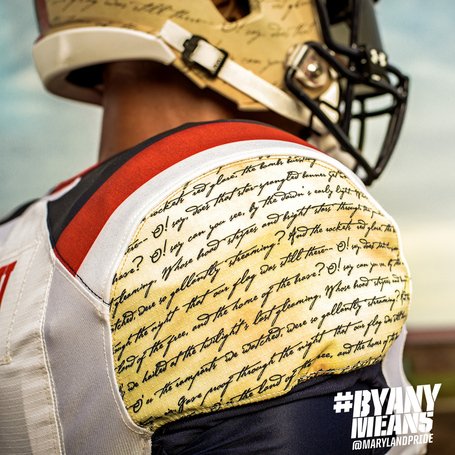 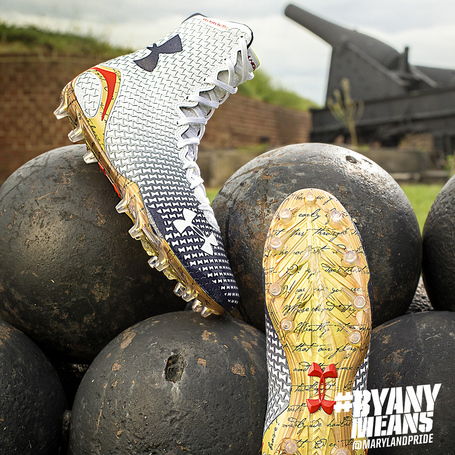 Last season, Maryland (and their new uniforms) defeated West Virginia 37-0. We'll see if they can duplicate that luck Saturday.