Share All sharing options for: Profiles in Terpage: Alyssa Parker 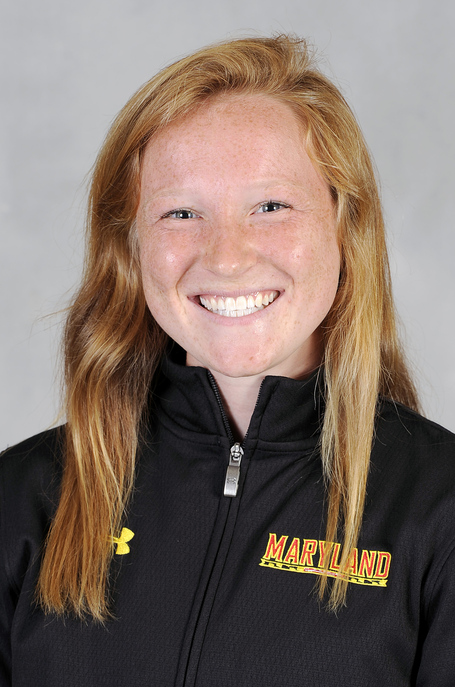 A two time Washington Post All-Met Player of the Year, Parker was also named to Howard County's All-County team in each of her four years. She is believed to be the first Maryland field hockey player to have scored over 100 goals in her high school career. After spending two years on the U.S. National Under 19 team, Alyssa was named to the Under 21 National Team in June of this year. Chose Maryland over North Carolina, Michigan, and Virginia.

Scored a hat trick as a freshman in Maryland’s come from behind win over Boston College September 14, 2012.

Leads Maryland in scoring from her forward position.

Another highly recruited high school star, Parker has shown a knack for scoring big goals being credited with four game winners in just two seasons. WIth Jill Witmer’s graduation, Maryland is likely to have a dinner fork four pronged attack led by forwards Gerzabek and Parker and joined by Maxine Fluharty and Anna Dessoye out of the midfield. Effective play from Alyssa could play a critical role in Maryland's offense.

1) Other than teammates and coaches the best thing about being at Maryland is: Campus life because there's always something going on. It's also an exciting campus atmosphere. You can tell just walking between classes how much Pride the students have in being Terps.

3) My favorite pregame meal is: Oatmeal and fruit. Simple yet delicious.

4) My pregame ritual or superstition is: Dancing with my teammates in the locker room.

5) The best or most meaningful on field moment I've ever had is: The last few seconds of the 2013 ACC Championship game against North Carolina. We were up 2-0 and the energy on the field was electric. The entire game had been intense but with five seconds left we knew we had the title. The feeling was like no other. The celebratory dog pile was a pretty nice moment, too.

6) The best or most meaningful off field moment I've ever had is: When the entire team came to my house after we went paint balling together and we had a crab feast. Having all my teammates get to see where I'm from, where I grew up, and even meet my dogs was a great day.

8) If not field hockey, then: Basketball

9) I go to as many Maryland men's soccer games as I can.

10) If people know only one thing about me, I'd like it to be: I'm deathly allergic to macadamia nuts. Don't come near me with those. I might die.