How to end all the Indiana-Maryland trash talk

Indiana has been talkin' a little trash ahead of their game tomorrow against Maryland. Here's how to end that in a hurry.

Share All sharing options for: How to end all the Indiana-Maryland trash talk

Tomorrow, for the first time, the University of Maryland football team will take the field and play in their first Big Ten conference game. It's something we've all been waiting for, in one way or another, for the last two or so years, ever since the decision was announced that Maryland was waving goodbye to the ACC for the greener pastures of the B1G.

That of course means that the B1G trash talking has officially begun. Indiana's athletic department got things started yesterday:

Wow. That escalated quickly. How do you counter trash talk that involves eating a mascot? Well, what if we make a poster of Testudo eating Indiana's mascot. That'll show'em.

*Fine, well what is a Hoosier then?*

"A Hoosier is a person or a native of the state of Indiana."

Well then. Since we don't want to come off as a bunch of cannibals, what else could we possibly use to trash talk Indiana, a fellow basketball school about...

*Walks down to the basement and takes a picture* 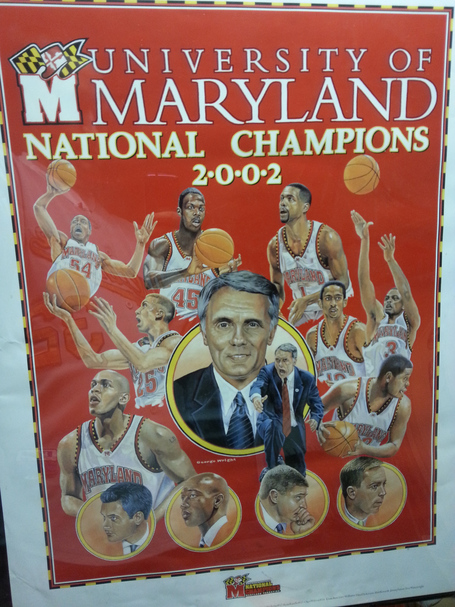 Yeah, I think this pretty much ends any trash talk attempts by Indiana.

So if you find yourself getting trash talked by a Hoosier, just refer to the above picture. That should quickly end that conversation.