Our series continues with a look at field hockey's dynamic midfielder, Maxine Fluharty.

Share All sharing options for: Profiles in Terpage: Maxine Fluharty 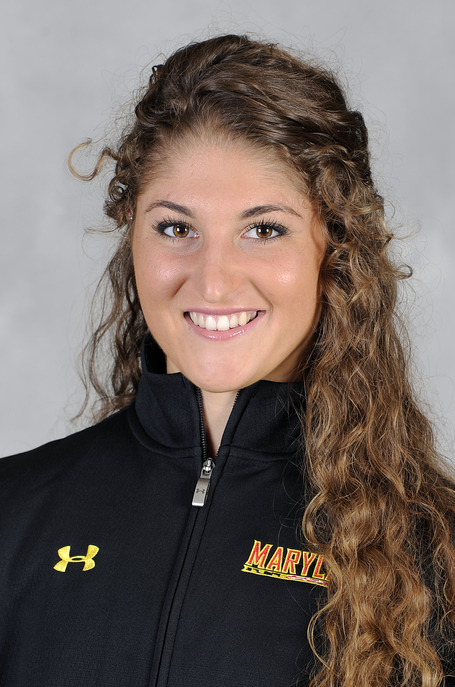 A two sport athlete in high school, Fluharty, who was also  a prolific scorer in lacrosse, came to Maryland as her high school’s all-time leader in field hockey goals and assists with 120 and 61 respectively.  She led her team to state championships as a junior and senior and was also Delaware’s player of the year in both seasons.

Scored the game winning goal in overtime against Duke in 2013 ACC Tournament semifinals.

Asserts herself as the Terps’ leading scorer, leads Maryland to its first B1G championship, and earns first team All-American honors.

Highly recruited out of high school, Fluharty has shown herself to be a truly unselfish content to allow the spotlight to shine on her teammates Honda Award winner Megan Frazer and All-American Jill Witmer. With Witmer the last of those two to graduate, Fluharty, a third team All-American in 2013, should be able to assert herself more and  provide Maryland with a dangerous scoring threat from the midfield.

1) Other than teammates and coaches the best thing about being at Maryland is: The family experience and the support of President Loh who even visits us at practice.

2) The workout or drill I love to do is: Competition day. (The day before a game we play many little competitive games to get us fired up for the game the next day.)

4) My pregame ritual or superstition is: I've got to have a little glitter on my eyes.

5) The best or most meaningful on field moment I've ever had is: Winning the National Championship at Louisville against North Carolina in my freshman year.

6) The best or most meaningful off field moment I've ever had is: Spending 4 months living with a former Terp in Australia growing my game and learning about another culture.

8) If not field hockey, then: Stand up Paddle

9) I go to as many Maryland women's lacrosse games as I can.

10) If people know only one thing about me, I'd like it to be: I like to dance in front of the mirror when I'm home alone.