Share All sharing options for: Profiles in Terpage: Cody Niedermeier 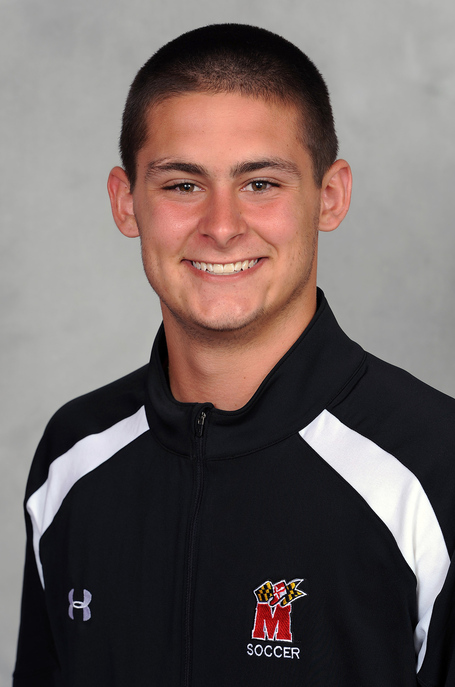 Niedermeier was ranked as the number 50 overall recruit and the fourth best goalkeeper in his class coming out of high school. He was a three time all-state player in Maryland and was named to the NSCAA High School Scholar All-America Team as a senior.

Getting some time between the pipes (without an injury to Zack Steffen).

After redshirting his freshman season, Niedermeier has been out dueled for the starting slot first by Keith Cardona and last season by Zack Steffen who played every minute in goal for the Terps in 2013. Niedermeier, whose full name is Dakota, is likely to continue to serve as a backup to Steffen this season. Though he hasn’t seen the playing time he would have hoped, the junior, who has wanted to be a Terp from childhood, has made good use of his Maryland experience as soccer’s representative on the Student Athletic Advisory Committee.

Update: Niedermeier recently underwent knee surgery and will redshirt for the 2014 season.

1) Other than teammates and coaches the best thing about being at Maryland is: The people are so welcoming and there are a lot of groups involved with the community. Also, we are such a big school that there are always different things to do.

2) The workout or drill I love to do is: Playing small sided games to goals. It gets very competitive.

3) My favorite pregame meal is: A small piece of chicken parmesan with spaghetti. Not only gets me through the game but tastes delicious, too.

4) My pregame ritual or superstition is: I find my dad and he gives me a piece of gum. I've been doing this since I started playing. It's a necessity.

5) The best or most meaningful on field moment I've ever had is: Winning a championship. All the hard work of the year gets recognized in an instant.

6) The best or most meaningful off field moment I've ever had is: Beating my teammates in FIFA. It got the smack talk started.

8) If not soccer, then: Football (Number two choice would be quidditch if it was sponsored. I have a Harry Potter obsession.)

9) I go to as many Maryland women's soccer games as I can. (I've recently become a fan of the field hockey team so that may become my number one very soon.) (ed. note: This comment has full FHFAN approval.)

10) If people know only one thing about me, I'd like it to be: I love all Disney movies. I could sit in my room all day and watch them. Hercules is my favorite so whenever anyone wants to watch that, I am down!