College football guru Phil Steele continues his way through his college football previews, and he continues to be high on the Terps. As we noted on Thursday, he has the Terps ranked 35th in the nation, and his All-Big 10 team was released with eight Maryland players filling a total of nine spots.

Star wide receivers Stefon Diggs and Deon Long are the Terps' two representatives on the first team, joining Michigan's Devin Funchess as the top wide receivers in the conference. They're also Maryland's only two offensive players selected, with five defensive players making one of the four teams listed. 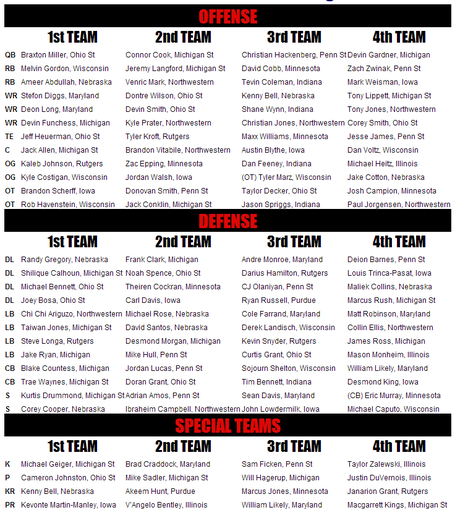