When the day started, Alyssa Thomas was among four players in one rather select group and one of six in another. Her standing in the first group, comprised of Vicky Bullett, Crystal Langhorne, and Kristi Toliver as the only Terrapins to win the ACC Player of the Year Award remains unchanged. However she separated herself from the second group. That group, made up of Pam Leake, Dawn Staley, Wendy Palmer, Tracy Reid, Georgia Schweitzer, and Thomas were the only two time winners of that award. Today, Thomas joined a club that had formerly had only one member, Duke's Alana Beard, as the only three time winner of the conference Player of the Year.

Thomas finished a senior season that, statistically, was remarkably similar to the numbers she put up in her award winning junior season. In fact, in most cases she raised her numbers a bit over last year though she didn't finish in as high a position in the league. Her 18.7 points per game scoring average is good for fourth best in the conference and is a point higher, though one spot lower than at the same time in her junior season. She fell from first to second in rebounding but improved her average from 10.4 to 10.8. Her assists are off by almost one per game down from 5.2 to 4.3 and she's fourth rather than first in the league. Of course this year she has Lexie Brown dishing out almost an equal number so the dropoff in assists is understandable.

Because this is such a remarkable achievement, I think it deserves more than just the 300 or so words above. So I'll give you more. I, and others have written repeatedly about where Thomas stands in Maryland history and where she is likely to finish. So rather than reiterate those statistics, it's worth a look to see where AT stands in her career in the ACC among active players and on the all-time list. As the voice recognition software on my phone reminds us, "All this is Thomas."

Entering the ACC Tournament, Thomas leads all active players in career points scored with 2,234. Georgia Tech's Tyaunna Marshall is closest to her with 2,066. However, Thomas' average of 17.3 - also good enough for first place - exceeds Marshall's by more than a point per game. 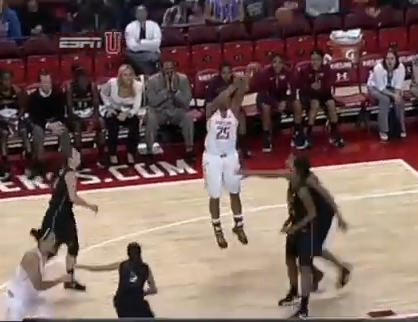 Other scoring categories where Thomas tops active players are her 844 made field goals and 529 made free throws.

Florida State's Natasha Howard is second among active players with 1,006 rebounds. It's probably no surprise to learn that the person she trails by 161 rebounds is Alyssa Thomas. 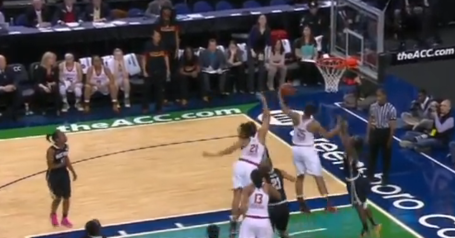 Oh, and I should mention that Thomas is the only active player who averages at least 9 rebounds per game for her career.

When it comes to assists, I have to engage in a bit of speculation. Chelsea Gray is the only active player in the top twenty-five all time in assists. AT's 469 assists is insufficient to crack that point guard dominated statistic. 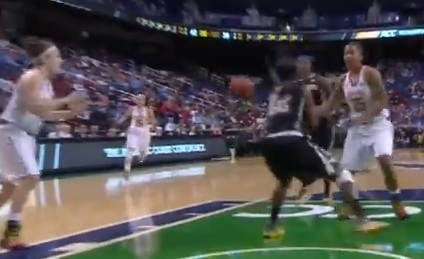 Since the person in the twenty-fifth spot has 511, I'd speculate that 469 places her second among active players.

Where do these numbers place her on the all-time ACC lists? In total points, she's ninth having just passed Duke's Chris Moreland and just behind the Terrapins' own Crystal Langhorne. Her 17.3 per game career average ties her for eighteenth with Miami's Shenise Johnson.

On the boards, 1,167 places her eighth and just six behind North Carolina's Erlana Larkins for seventh. Her career average of 9 boards per game ties her for twenty-first with Kadijah Whittington of NC State and Maryland's Angela Scott.

She needs seven field goals to pass Boston College's Carolyn Swords to break into the top ten. Her 529 free throws made are already good enough for fifth all-time and make her the only player not from Duke or North Carolina in the top five.

Oh, and need I mention, she occasionally does this: 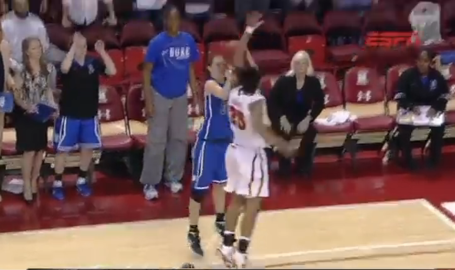 So, Alyssa, I hope you and Alana Beard can find a lot to talk about because I think it will be some time before someone else joins your club.