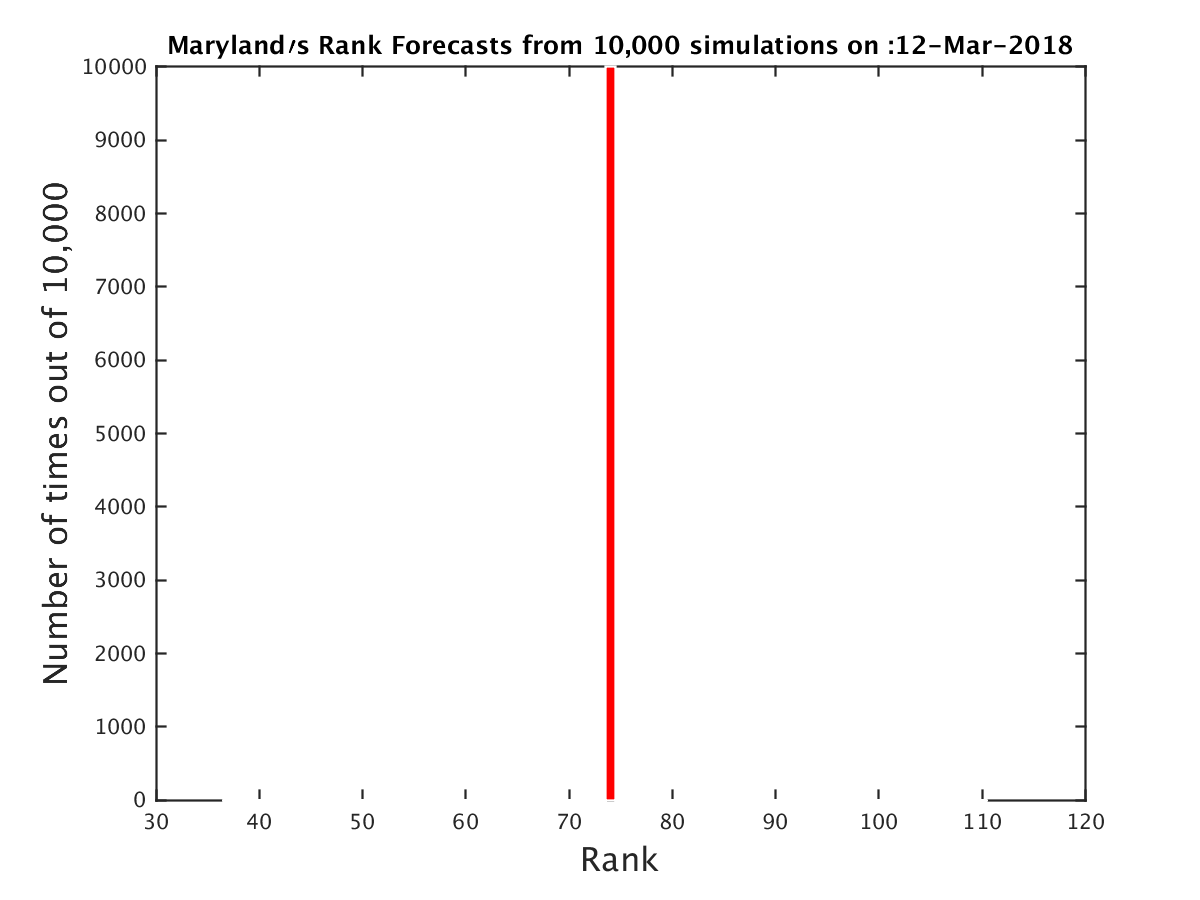 According to the site, we'll most likely finish the regular season in the low 60s, but with a decent chance of ending up around either 50 or 70.

Some other important numbers from http://www.collegerpi.com/subs/rpitrivia.html (Note that most of these numbers came from before there were 68 teams in the tournament):

RE NIT Last year, there were at least 6 major conference teams that were ranked 4 or lower in the NIT. Stanford (73 RPI), St. Joes(76), FSU (81), Providence (85), St. John's (87), and Washington (91). Now last year doesn't guarantee this year, but right now, Maryland's RPI places it right in that mix. Even at 8-10 or 9-9, we'd still have a competitive profile. When we didn't make the NIT in Turgeon's first year, we were RPI #104.
I'm not saying that because I think the NIT is any sort of accomplishment. Missing the NCAA tournament would (will) be a disappointment this year (although my pre-season expectations were lower than a lot of folks on this board). That said, I'm getting sick and tired of seeing people toss around the "Are we even going to make the NIT?" question. Yes, we're going to make the NIT unless we completely collapse. No one is going to take solace in that, but please let's stop pretending this is the worst team in the history of Maryland basketball (or even the worst team in the last 5 years).