What could the Terps be wearing?

Maryland tries to improve their ACC home record to 2-0 this Wednesday when they host the Notre Dame Irish at 7 p.m. ET, and it appears they will be wearing new uniforms as they do so. Here, from an e-mail sent out by Maryland: 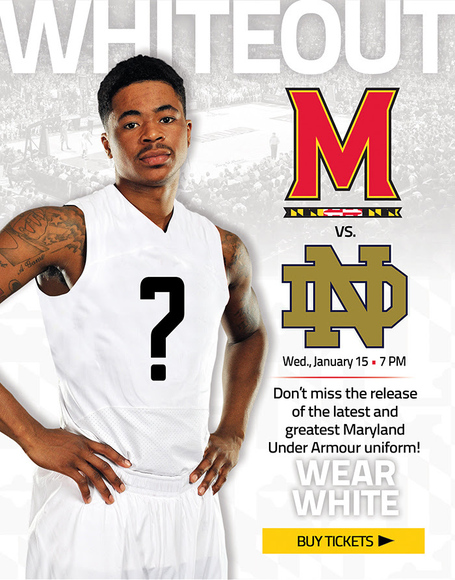 So, the game is a whiteout, which means two things: you should wear white if you're planning on attending, and Maryland's mystery new uniform will also likely be largely white. So what could it be?

Let's hear your ideas in the comments.