Profiles in Terpage - A Countdown to the Football Season: Walk-on Wide Receivers

Our series continues with a pair of walk-on wide receivers.

Share All sharing options for: Profiles in Terpage - A Countdown to the Football Season: Walk-on Wide Receivers 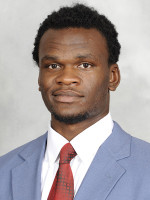 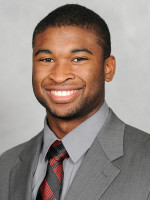 High School Stats (Senior Year): For Whittington, we're not sure if it was his senior year (looks like sophomore) but we found a season where he had 37 tackles (14 assisted), one sack, two forced fumbles, two interceptions and five passes blocked.

None we could find.

Erhie was a football and track star at Arundel - part of a great football team with the Wildcats and finishing fourth in the county in the triple jump in 2008. Born in Nigeria, he first went to school at Frostburg State, where he was a back-up receiver. Erhie redshirted last year while sitting out due to NCAA transfer rules.

Whittington joined the team as a junior in 2011 as a defensive back, and switched to wide receiver last year. He was named scout team special teams player of the week before the Connecticut game, and switched back and forth between receiver and defensive back throughout the year.

Wide receiver is Maryland's strongest (and deepest) position, with three stars and two more players who should contribute quite a lot. It is very unlikely that either of these players will see any playing time this year (frankly, Whittington has a better chance with a last-minute cornerback switch). But let's take a look.

Erhie, who has had his moments in camp, is listed as the fourth receiver on one of the two outside slots, behind starter Nigel King and back-ups Malcolm Culmer and Tyrek Cheeseboro, and in front of true freshman Taivon Jacobs. Jacobs and Cheeseboro have both been hurt, and Culmer is not one of the "Big Five", so it is within the realm of possibility that Erhie sees the field.

For Whittington, things are a bit more difficult. Stefon Diggs is the starter at the slot position, with Levern Jacobs and Whittington behind him. On the bottom is true freshman DeAndre Lane, who has been very impressive in camp so far.

Our next player is brothers with another player at the same position.