Profiles in Terpage - A Countdown to the Football Season: Andrew Isaacs

Share All sharing options for: Profiles in Terpage - A Countdown to the Football Season: Andrew Isaacs 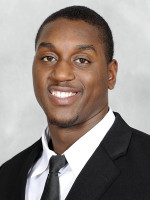 Rather unusually. Isaacs, either an above average recruit or one of the nation's most talented tight ends -- depending on whose ratings you believe -- committed to Boston College initially, but he decommitted and pivoted to the Terps last summer. The No. 1 player in Connecticut, per Rivals, Isaacs decided to switch from BC to College Park because of the Merrill College's tremendous broadcast journalism program and an opportunity to play earlier. Fun note: In the article linked to above, he cites Vernon Davis as his favorite player. Perhaps Isaacs will seek a similar path.

Career Highlight: Being tabbed the best 2013 prospect in Connecticut by major recruiting analysts and organizations.

Isaacs gets on the field plenty and breaks out as one of the best freshman tight ends in the country and a valuable blocker and safety blanket for C.J. Brown.

Most likely, Isaacs will redshirt in his freshman season. Dave Stinebaugh and P.J. Gallo are clearly ahead of him on Randy Edsall's depth chart, and even if one of them were to get injured, there is a fair chance redshirt freshman Brian McMahon would see the field before Isaacs, whose best shot at playing is if he's pressed into action by necessity. Plus, there's linebacker-now-turned-tight end Derrick Hayward to take into account. So, barring an unexpected twist, he'll spend the year in the gym and on the practice field, setting himself up for several seasons as one of Maryland's most valuable offensive assets.

Our next player was Maryland's backup quarterback for the latter part of last season.