Profiles in Terpage - A Countdown to the Football Season: Nick Klemm

The series continues with an offensive tackle.

Share All sharing options for: Profiles in Terpage - A Countdown to the Football Season: Nick Klemm 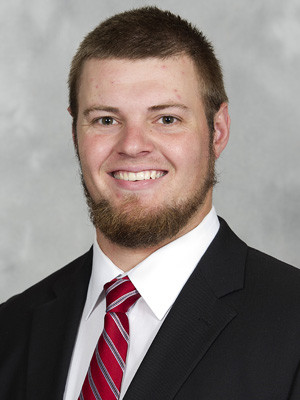 Recruiting Ratings: Two stars by both Scout and Rivals

None we could find.

Nick Klemm was born and raised in Marietta, Ga.. Klemm played both offensive and defensive line for them, while also pitching on the baseball team.

Klemm initially accepted an offer to play at Boston College, but after their coach Jeff Jagodzinski was fired for interviewing with the New York Jets, he withdrew his commitment. Turning to the only other offer on the table, Klemm elected to come to College Park.

Klemm bounces back after losing his starting spot early last season and holds on to his number one position on the depth chart throughout the season. He comfortably fills in on the right side of the line, after playing on the left in 2012. Against West Virginia in M&T Bank stadium, he picks up a fumbled snap from CJ Brown and throws a behind the back lateral to Stefon Diggs, who takes it 86 yards for a score and the number one highlight on Sportscenter.

Klemm has worked his way to a starting spot on the depth chart over the last 4 years. Helped along by an exodus of players after Edsall’s first season including linemen Max Garcia and R.J. Dill, Klemm was able to start the first 4 games of 2012 before losing his spot to freshman Mike Madaras.

After shifting to the other side of the line this year, Klemm is again slated as the starter. That position is now in jeopardy, as Ryan Doyle has been taking first team snaps at the position in practice, with Klemm backing up Madaras again at left tackle.

Our next player is coming off a very impressive freshman campaign.