Maryland star Stefon Diggs has been named to the Maxwell Award Watch List, annually given to the best player in college football. The Award usually mirrors the Heisman - last year, the finalists for the two awards were the same, although Manti Te'o took the award instead of Heisman winner Johnny Manziel.

There are seven players from the ACC on the Watch List, and nine from the B1G. The previous winners of the award, before Te'o, were Andrew Luck, Colt McCoy, Tim Tebow (twice), Brady Quinn, Vince Young, Jason White, and Eli Manning - so the award is a little slanted towards quarterbacks. No Maryland player has ever won the award.

Updated Heisman odds were released today by Bovada, and Diggs odds stay at 40/1.

Here's the list. Ohio State's Braxton Miller has since been added. 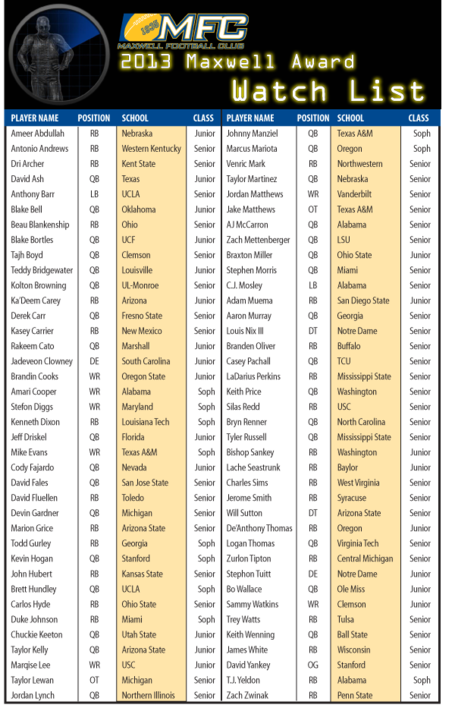