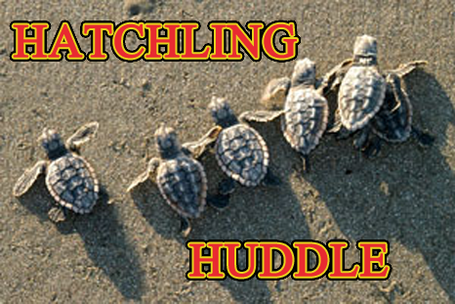 Hatchling Huddle is a recurring series where we talk to high school recruits recruited by Maryland or coaches who have Maryland recruits.

Brendan Moore is a 6'4", 270 pound offensive lineman who committed to Maryland this past week out of Westwood High in Austin, Texas. Moore was the Terps' third commitment in a 24 hour period, and we had the chance to talk with him for a bit about the commitment. He's strong (benching 300 and squatting 430), fast (4.85 is his personal-best 40 time) and incredibly bright (read below), and he could have a Bennett Fulper-like instant impact in College Park.

Testudo Times: So first off, congrats on the commitment, how are you feeling?

TT: You decided relatively early in the process, what made you decide to go ahead and do that?

BM: You know what? I keep on saying it but it's the relationship that the coaches made the effort to strike up with me. They really recruited me as a person, not as a four-year player. Most colleges, they treat recruits like they're going to be four years - like they're using them and then they're going to throw them out - and that's not what I got from Coach Stewart and Coach Brattan. They believe in me, and that really means a lot to me.

TT: You don't often see players from Texas go outside of the state, so what made you decide to want to venture out a little farther?

BM: Location has never really been a problem with me. My mother has always said 'you go where you go', location was never a problem. Plus, the climate in Texas is so hot [laughs]. I don't like it. It's terrible. Maryland is a little more agreeing with me.

TT: Have the Maryland coaches talked to you about where specifically on the line they want you to play?

BM: They recruited me for my athleticism rather than for a singular position. They recruited me because I could play on all five positions on the O-Line. I've snapped a lot, and I've played every single position. Based on my measurables, I'd probably be a guard/center type of person, but definitely also emergency tackle.

TT: Is that versatility an aspect of your game that you focused on to make you more appealing to colleges?

BM: Absolutely. My mom has always stressed to me 'make yourself invaluable to a team'. When you can do so many things like that, you'll find a niche, and you'll find that you are invaluable because you can play anywhere. I play left tackle as of right now and I've played guard before, but I've actually never played center in a game. I found that as a weakness in my game, and so I've been snapping 150 or so times a day with rushes from a couple of my friends or just family so that I can be everything. What Maryland recruited me off of was my football IQ, I feel like mine is a little more advanced. I've been watching film since I was eight with my mother.

TT: Is she involved with football at all or does she just have a passion for the game?

BM: My mother is the daughter of a coach, so yes [laughs]. She's very involved, she's been filming my games since I was in Pee Wee, and she's made fun of me so many times in film as well [laughs], and that really helped me.

TT: That's a special kind of motivation right there.

TT: You talked about your versatility and your football IQ, and in terms of weakness you said you were working on your snapping. What else are you trying to work before you get to college?

BM: The faster and the bigger, the better. I really haven't picked one thing to focus on, but I just want to continue my education in football. Get stronger, get faster, get tougher and get smarter, and that's how I'll play early on in my career. There's no one thing. I did long snaps until now and I want to get really, really good at that so I can be invaluable.

TT: Do you have any thoughts at all about the move in conferences? Did that help at all, knowing there would be some road games closer to home?

BM: Not that there would be road games closer to home, but that there would just be really competitive football. I feel like once you get to a certain level, you just want to play the other best players, and that's where I really feel like that's possible.

TT: Have you been to the campus yet?

BM: I have, I was there last Thursday and Friday.

TT: What did you think?

BM: I loved the campus. I knew beforehand, when I was coming in, that they had the number one ranked facilities for sports. I knew before I got there and I was still blown away by each of the facilities, we even went to the basketball facilities. Every single one of them was awesome.

We'd like to thank Brendan for his time and welcome him to Terp Nation.