After using nine different uniforms during the 2012 season, Maryland football has five that will be available for use in NCAA 14, set to be released on July 9.

In a nice move, the game decided to include both the Black Ops and White Ops, two uniforms that were each worn just once but were fan favorites. The black Maryland Pride uniforms that debuted last season will also be an option for users, as well as the classic red jersey, white pants and white jersey, red pants combos.

Black pants don't make an appearance outside of the Black Ops uniforms, despite Maryland wearing them with both red and white jerseys in 2012. Other uniforms the Terps wore that were left out are the white Maryland Pride unis and red jerseys with red pants.

Interestingly, for the red/white combos, Maryland's helmets aren't up-to-date. The game uses black helmets for both in the black matte format that was worn by the Terps in 2011. Last season, both the Terps regular white and black helmets had flag banners along the sides. And if you want to play with a white helmet, the White Ops one is your only option.

If you'd like to see the uniform options for every single team in the game, you're in luck. Of course, you also need 35 minutes of your life to spare. We're going to assume you either don't have the time or don't care (probably both), and skip you right to screen grabs of the Maryland uniform options: 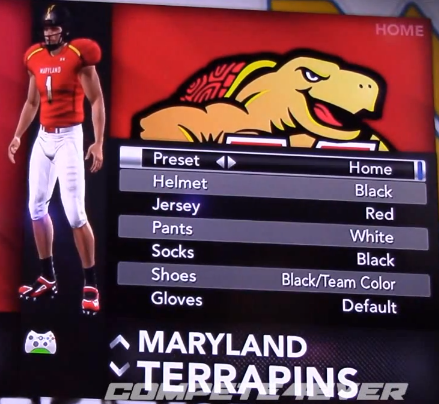 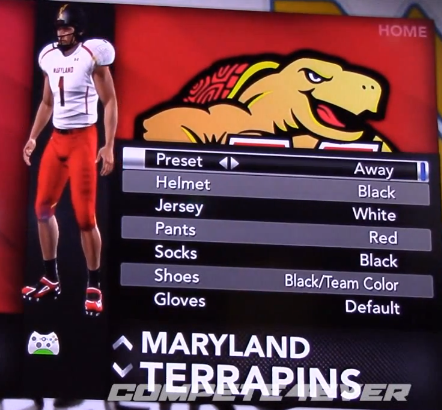 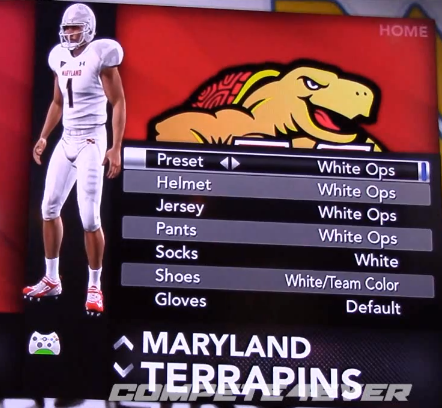 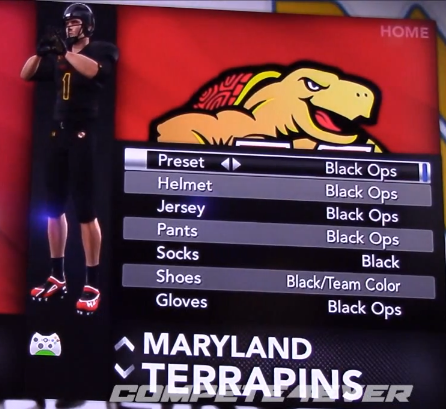 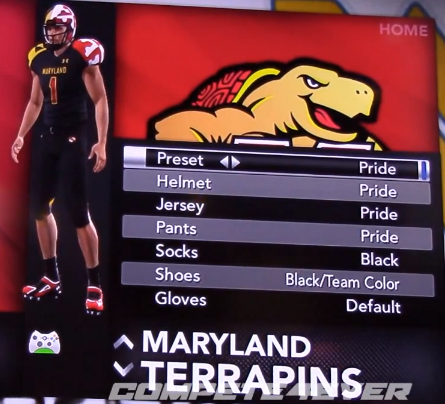 Even in video game form, I can't decide whether I like the Black or White Ops better. Your thoughts? Did EA select the best five?