Profiles in Terpage - A Countdown to the Football Season: L.A. Goree

Our series continues with a player who has had a quietly fantastic start to his Maryland career.

Share All sharing options for: Profiles in Terpage - A Countdown to the Football Season: L.A. Goree 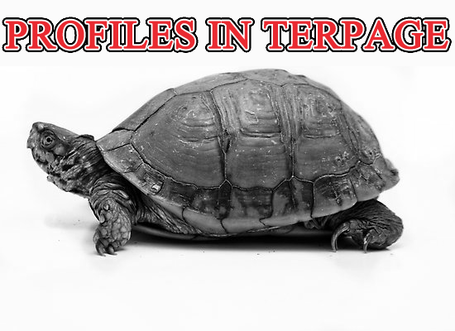 Today we profile a starting inside linebacker.

Goree was a standout at Flowers, posting ridiculous stats in his junior year and being named a consensus all-state player in his senior year. Goree was also first team all-county and an honorable all-state selection as a junior.

The linebacker played in the inaugural Crab Bowl, and was one of the brighter prospects in the state, but poor grades/SAT scores required him to spend a year at Fork Union before he was able to enroll. As a result, Goree actually has a year more under his belt than most redshirt juniors, and gained about 20 pounds of muscle in his time there.

Goree chose Maryland over West Virginia, Illinois, Michigan State and others, thanks to the school’s proximity to home. He calls himself a "Maryland boy", and told Matt Bracken back when he committed that it meant a lot to him to have the opportunity to "represent your city and state".

After redshirting in 2010 as a WILL linebacker, Goree moved to the inside in 2011 and thrived. Injuries to Darin Drakeford and Kenny Tate meant a lot of playing time for the redshirt freshman, and he ended up finishing fifth on the team with 60 tackles (and an astonishing eight for a loss).

Goree and Cole Farrand combine for a strong inside linebacking duo, each putting together at least 80 tackles.

Maryland has two starting inside linebackers in Brian Stewart's 3-4, and Goree will have his first opportunity as a full-time starter in his Maryland career, after two frankly excellent years as a reserve player. He has shone in his opportunities with the Terps, and he and Farrand should make an impressive duo up the middle, especially in run-stopping play (although Goree has shown a skill in the past for pass defense).

The even better news for Maryland is that both of these guys are juniors - so even with the impressive duo of Abner Logan and Brock Dean waiting in the wings, the Terps will get one more year of Goree and Farrand in the middle. That will make it a heck of a lot harder for opponent running backs to burst through for significant yardage, and Goree and Farrand both hit hard enough to force fumbles on a consistent basis.

Our next player shares his name with a character from the Gears of War series.

noam23 gets his third.