Maryland is starting to get back to health ahead of Syracuse.

The newest depth chart is out, with plenty of changes. 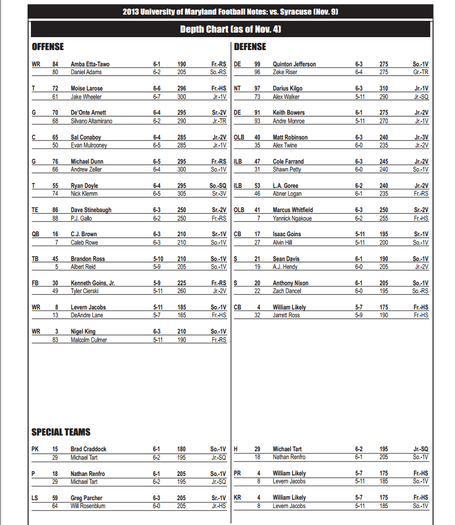