Your viewing guide as Maryland tips off the Paradise Jam Tournament in the U.S. Virgin Islands

Terps look to improve to 2-2 as the set out to play three games over the next four days.

The Paradise Jam Tournament is being played in St. Thomas, U.S. Virgin Islands at the Sports & Fitness Center. This is Maryland's first trip to St. Thomas in school history, but their 2nd trip to the Caribbean this year.

Rankings and records: Neither team is ranked. Marist is winless at 0-4, Maryland is 1-2.

Maryland is the home team, so we're expecting the home whites (below). But because this is a tournament, they could bust out the Maryland Pride uniforms or maybe even the Maryland black pride version. We'll soon find out... 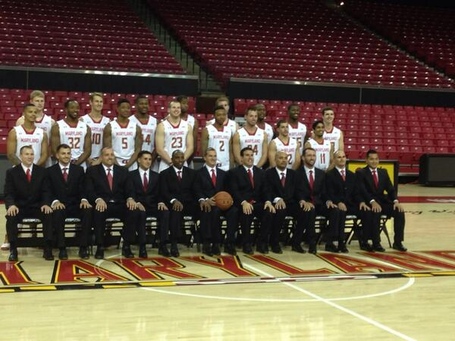 Online streaming: Here is some info on live streaming (h/t to Nihonterp), although you might have to be outside the U.S. or Canada. CBS might be streaming it too, ala the NCAA Tourney, since they're the network sponsoring the tournament.

Tournament info: A win today would mean Maryland plays again on Sunday and Monday. A loss would mean the end of Maryland's season, but it would also mean they'd play Saturday and Monday. Here is the full tournament bracket. A little side note - Maryland could play Morgan State in the Paradise Jam and then face them back in College Park next week.