Maryland made four changes to their depth chart after the blowout suffered at the hands of Florida State, but none were at quarterback.

Maryland has released their weekly depth chart for the upcoming game against Virginia, with four changes.

Most notable, of course, is the fact that C.J. Brown is still listed as the team's starting quarterback -- which is at least a promising sign with regards to his injury status. Stefon Diggs and Deon Long, who were also banged up a bit in the game against the Seminoles, are also still listed in their usual starting sopts. 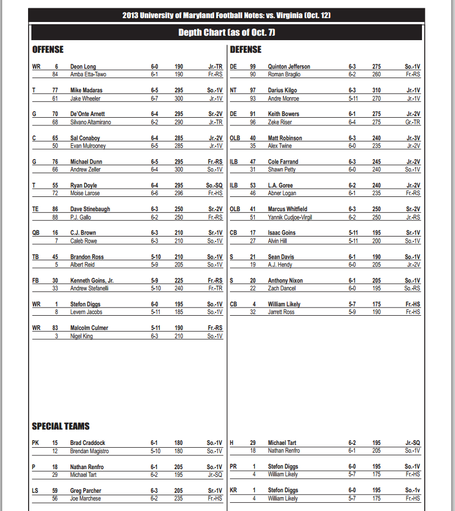