Ranking the ACC: The top three and everyone else

Our weekly ranking of the incredibly top-heavy ACC. #goacc

Share All sharing options for: Ranking the ACC: The top three and everyone else

Clemson and North Carolina get back on the board with a win, while Miami (again) narrowly avoids an upset.

It appears a 42-0 lead at the half is early enough to take your foot off the pedal, eh Jimbo? The Seminoles weren't troubled by NC State as QB Jameis Winston tossed three touchdowns in the first half before getting some rest later in the second half.

Clemson tried #Clemsoning this one away for most of the game. They didn't really pull away until the fourth quarter, but the Terps came back for the backdoor cover. Tajh Boyd looked to be injured early on, but settled in for a 300-yard day. Half of his completions (14) went to WR Sammy Watkins.

The Hurricanes keep edging out close victories and eventually that will catch up to them. Oh, they play Florida State this weekend? 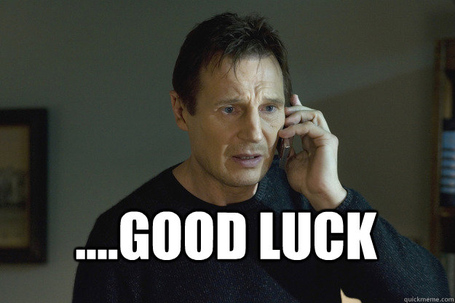 If you can figure out how to separate these three, more power to you. Duke hasn't beaten anyone of note except for Virginia Tech. Meanwhile, Virginia Tech beat Georgia Tech and their only other loss is to Alabama, but Duke would probably be considered the weakest of the three. Georgia Tech has even weaker wins than Duke, but has a win over Duke. I don't know.

All three have a questionable loss on their record, but have also lost to the top teams. Wake Forest lost to Funroe, Maryland lost to Wake and Pitt lost to Navy. Maryland has injury problems, but the best non-conference win of the bunch. Wake has the best win (albeit over Maryland) and Pitt ... Pitt is probably ninth.

Maryland hosts Syracuse after their bye this week on November 9th.

You won your first conference game!

The lowest of the low of our joint power rankings. They are both awful this year. For the sake of argument, 4-6 are like a Voltron. The 7-9 are your combiner transformers, Constructicons, if you will. This 13 and 14 combination is a Power Ranger. They'd definitely get killed by Voltron, and the Constructicons would as well just as quickly. Power Rangers stink in comparison to the other two. It's not even remotely close in my opinion. I'm also embarrassed I wrote a paragraph correlating football teams to combining robots, but here we are.

Do you disagree with the rankings? Should anyone be higher or lower? Or maybe you're a fan of Power Rangers and want to give me a piece of your mind, leave it in the comments.