Maryland-Clemson depth chart: Fallout from the carnage - co-starters at quarterback

After a slew of injuries and an embarrassing defeat to Wake Forest, Maryland's depth chart has a new look.

Share All sharing options for: Maryland-Clemson depth chart: Fallout from the carnage - co-starters at quarterback

After season-ending injuries to Stefon Diggs and Deon Long, it was a safe bet that there would be a number of changes on Maryland's newest depth chart. Here's recapping the changes: 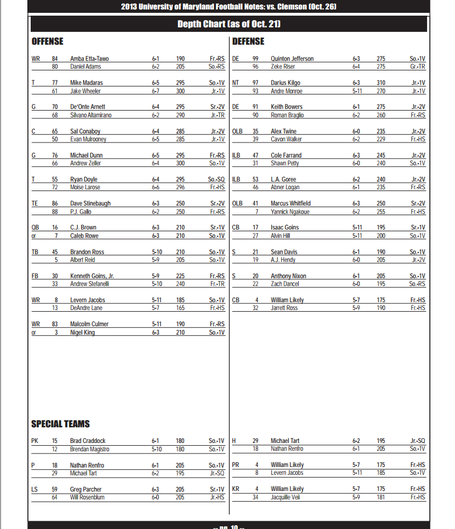