Reviewing the Terps' depth chart ahead of Wake Forest.

Three changes for Maryland's depth chart ahead of their road game against Wake Forest.

Also of note -- C.J. Brown is listed as the starter, as he was last week (when he did not play). Brown was cleared for practice Sunday after missing the team's win over Virginia Saturday. 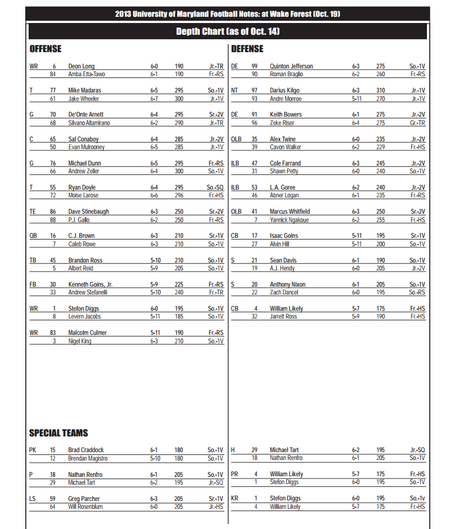 An additional news item -- L.A. Goree was named the ACC's linebacker of the week after a career-best performance against Virginia in which he totaled a game-high 16 tackles. The last time a Maryland defender had more tackles was in 2011, when Demetrius Hartsfield had 18 against NC State.