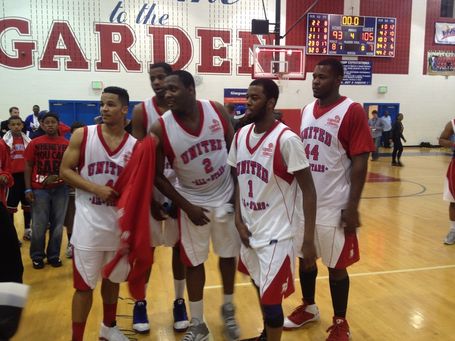 The other thing that happened is for about 5 minutes in the 4th they played all 5 terps at once...Crowd breaks out into Let's Go Maryyyyland chants. Was a cool moment. I think they scored every trip down while playing with eachother. The other team scored most times down as well, but that's what you get in an all star game.