When I thought, "Hey, wouldn't a weekly Randy Edsall approval poll be fun?", I was sort of under the assumption that Maryland would, I don't know, lose a few games.

I now have fears.

Okay, so the Terrapins probably won't go undefeated ... probably. But even still, if the Terrapins can topple ranked West Virginia next Saturday in Byrd Stadium (the Byrd Cage?), they stand a very good chance at going into conference play 4-0 and ranked. And that would make this poll very boring.

But let's not get ahead of ourselves. We still don't know how the future will turn out, and until this becomes useless - and it may - we'll roll ahead with it. Although it might be pretty useless this week.

After all, Randy Esdall's Maryland Terrapins are 1-0, and have been the toast/butt of jokes among the national media over the last week for their awesome/hideous uniforms. I'm not joking when I say there hasn't been this much national attention devoted to Maryland since their Orange Bowl season back in 2001. And even that's a little close.

I have no idea if Edsall had any say in whether or not to bust out the jerseys. Nor do I have any idea how the Gary Crowton hire will turn out over the next five years, nor how much exactly Miami suffered from their suspensions, nor how Edsall will fair when he's working with his own recruits and not Danny O'Brien.

But he's coached a game, and he's won it. For the moment, that's good enough for me. Poll time. 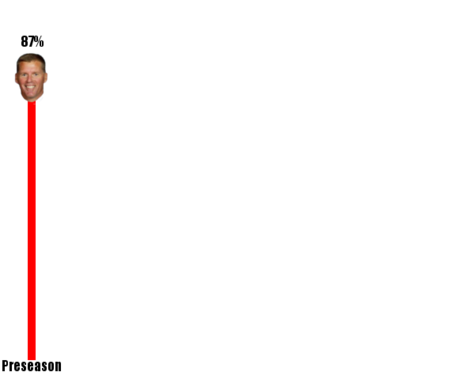