So, Maryland Football Actually Was the First to Put Names on Jerseys [Update: Now With Photos]

Share All sharing options for: So, Maryland Football Actually Was the First to Put Names on Jerseys [Update: Now With Photos]

In our original post about the removal of last names from Maryland's football jerseys at Randy Edsall's behest, commenter Maryland Pride mentioned that Maryland was actually the first team to put names on their jerseys. And, with a credit to @jonas_shaffer, it turns out that's the case indeed:

In 1961, the University of Maryland was the first collegiate football team to place the surnames of its players on the backs of their uniforms along with their numbers, following a trend established by the professional American Football League and baseball's Chicago White Sox.

Okay, so it isn't the first ever, but considering that the AFL was the Arena League or XFL of it's day, being second to them is still pretty cutting-edge.

And it's certainly a tad ironic, no? Not very meaningful, but interesting nonetheless.

For the record, Danny O'Brien doesn't seem to care about the change, but he's not hyped either. I've gotten over it; Edsall's gonna do things his way, and it'll either work or not. Aesthetically, I can actually see some upside. So there's that.

UPDATE: Ken R. emailed in with some photographic evidence from a 1962 yearbook. Check out all three photos past the jump: 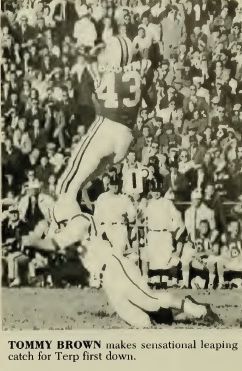 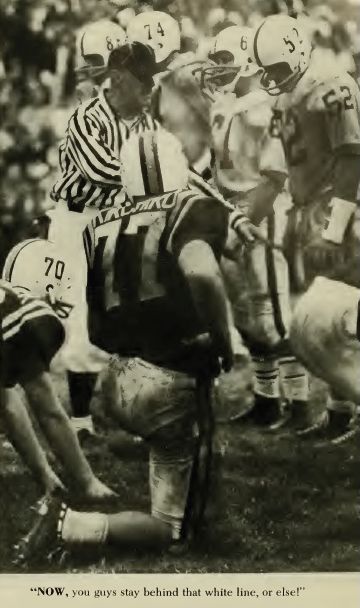 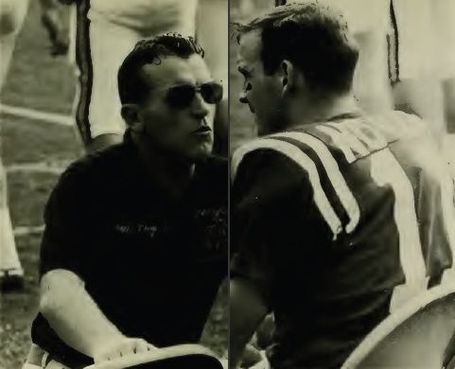