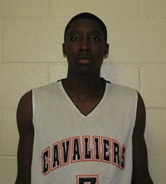 I suppose the biggest news of the second-half of the week was the revelation that Maryland has yet another 2011 big man target. This time, he goes by the name of Jared Guest, a 6-8 power forward from South Carolina. He's planning to visit Maryland early next week, and perhaps more importantly Gary Williams has already seen him play. Don't get too excited, though: Maryland hasn't offered. I can't help but feel like this might a Eugene McCrory type of deal of a recruit visiting without being a serious target per se. It's more likely he's a backup candidate to Wally Judge and Desmond Hubert.

Guest doesn't seem to fix a lot of problems for Maryland. ESPN says he's not very physically imposing, but he's a great athlete with a face-up game. That pretty much sounds like Martin Breunig to me. Still, I suppose depth is better than no depth.

Elsewhere, Jordan Latham, a rising sophomore big man from Baltimore, is transferring from Xavier, and he says he wants to play closer to home. Bino Ranson was his lead recruiter there; I'd be surprised if he doesn't seriously consider Maryland, and vice versa. He wouldn't be able to play immediately, but then again most of the other targets at this stage wouldn't make much of an impact, either. I'd keep an eye out for him. And, Guest, for that matter.

Past that, not a ton. The links:

And no, I'm not saying Maryland should've taken Whitt; I'm just surprised WaPo is giving him so much credit for running through a league in which he was the tallest player by four inches.