Kathy Worthington, of Never Having Won a Title Fame, Resigns

Share All sharing options for: Kathy Worthington, of Never Having Won a Title Fame, Resigns

Normally, the resignation of two high-level but behind-the-scenes athletic department officials would hardly merit a mention in the Maryland Minute. But, well, one of them wasn't so behind-the-scenes.

Remember that very public tiff that Gary and Debbie Yow had two or three years ago that nearly led to Gary's dismissal and is currently causing N.C. State to whiff on every hire out there? Worthington was at the center of it, when she made a comment to the Sun, which then asked Gary his opinion. His response?

"Kathy Worthington doesn't speak for me. She has never won a national championship, she has never done anything. She's an associate AD. This is just giving you guys stuff to make me look bad."

Worthington, along with Michael Lipitz, tendered her resignation this morning, which we linked above. I'm not exactly sure it's a "resignation" per se. She was a Yow hire, I've never met anyone who said anything good about her, and with the APR stuff just hitting, someone had to get the ax. Worthington and Lipitz, neither Anderson hires and neither possessing the great reputation that Randy Eaton has, are as good of candidates as any.

Regardless, her time in power is done, which makes the whole "she never won a title!" thing a little less funny. Or more funny, I guess, depending on your sense of humor.

Oh, and about a year ago, we were throwing around the idea of making/selling t-shirts, which is something a lot of other sports blogs do. One of our inaugural t-shirts was going to be something like this: 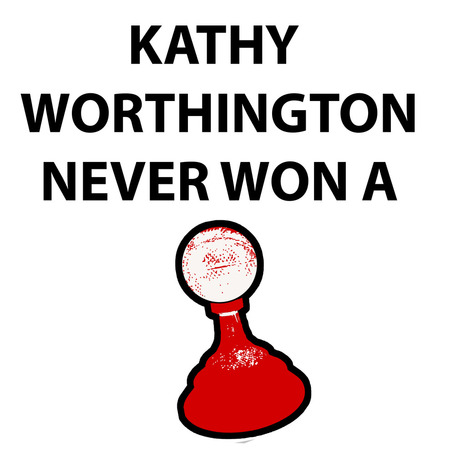