Maryland Minute 12.29.11: Graham, Rhodes Will Be Raised to Rafters

Share All sharing options for: Maryland Minute 12.29.11: Graham, Rhodes Will Be Raised to Rafters 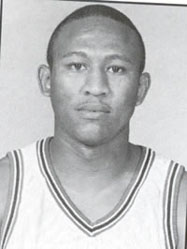 Again, apologies for the lack of posts this week. I'm getting home today, so things should return to normal pretty soon.

Ernie Graham and Johnny Rhodes will have their names in the rafters
Well done and well-deserved on both; I'm a bit surprised Johnny (over to the right) wasn't up there already. Still surprised about no Adrian Branch.

Caleb Rowe named MVP of Offense-Defense Bowl
That's really impressive, when you consider the roster included some top-150 guys like P.J. Williams, Malcolm Lewis, Brionte Dunn, Orlando Thomas, Gabriel Marks, and Se'Von Pittman. You have to think that he'll see a major boost in the rankings after doing so well here and at the Shrine Bowl.

Mark Turgeon on Maryland's newfound depth
Worth a read even though we all know how good it is. I still love his press conferences.

Mike Locksley introduces himself on YouTube
He goes back to the whole "multiple" thing and says a lot of nothing, but if you're craving some Locksley it's at least something.

(But why is the WaPo writing about this? Last time I checked Nashville wasn't in the D.C. area. Obviously James has some Maryland ties, but he's not a Maryland native or anything. I know the answer to this, but I figured I'd ask the question anyway.)

I was on WBAL 1090 AM in Baltimore on Wednesday (forgot to get a link up) talking Terps football and basketball with Qadry "The Missile" Ismail. Check it out.