Okay, maybe not. But still: it's really cool that two separate Terps signs showed up at separate national TV events in the span of about 12 hours.

Let's start off with my personal favorite, via Terps offensive lineman Justin Gilbert on Twitter: 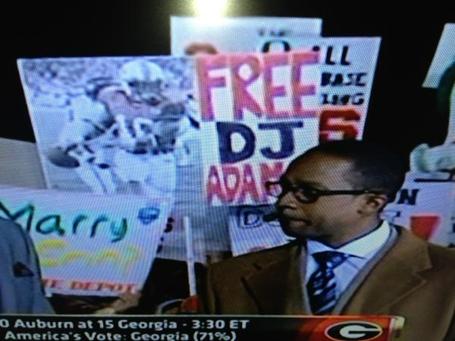 It's a worthy movement - I love DJ as much as anyone. Edsall said he might get some carries today, so the timing ain't great, but still, good exposure.

The other sign was spotted at the Carrier Classic between Michigan St. and North Carolina, where it appears one sailor has a Maryland background. Via @aspicasso5 on Twitter, with an alternate view come by way of @davidnakamura: 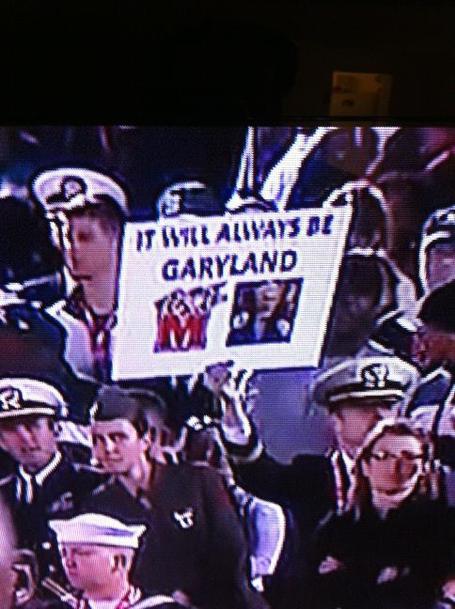 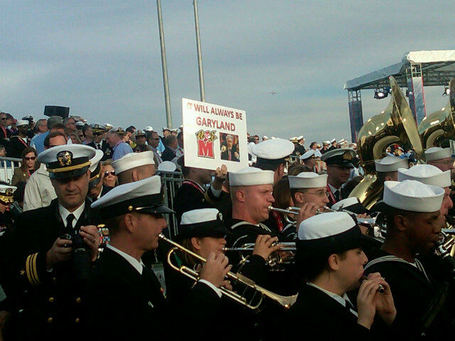 Not only awesome, but true. Always love ya, Gary.