Share All sharing options for: The Results for the 2011 Recruiting Big Board 2.0 Are In

A few days ago, we asked you to vote on how you'd order Maryland's 2011 recruiting big board if you were on the staff, taking into account need, attainability, and skill level. Basketball recruiting is one of the bigger aspects of Maryland fanhood, especially around here, so it's always a good way to get discussion going during a slow period, which this certainly is. There's not a ton of meaning attacked to the results, obviously, but it's a good way to pass the time of the extraordinarily boring months of spring.

I didn't quite plan to release the results so quickly, but with the discussion around it having died down and votes slowing to a trickle, I went ahead and calculated the results anyway. And yes, a certain Mr. Brown took home top spot. I'm surprised the Jabari Brown to Maryland Facebook group doesn't have more members by now. You good, compliance-oriented fans, you. 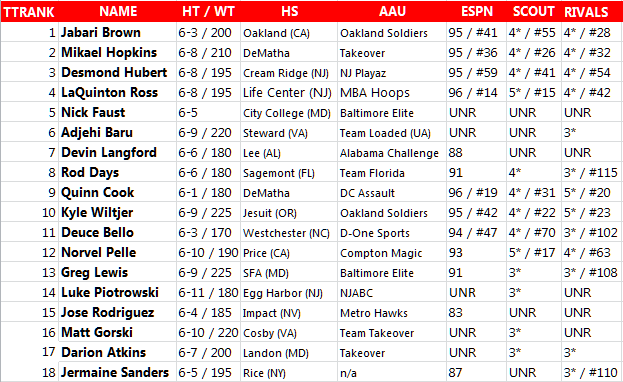 It was a blowout for Brown, but a close run for everyone else. Just for fun, let's look at it in terms of number of votes received. 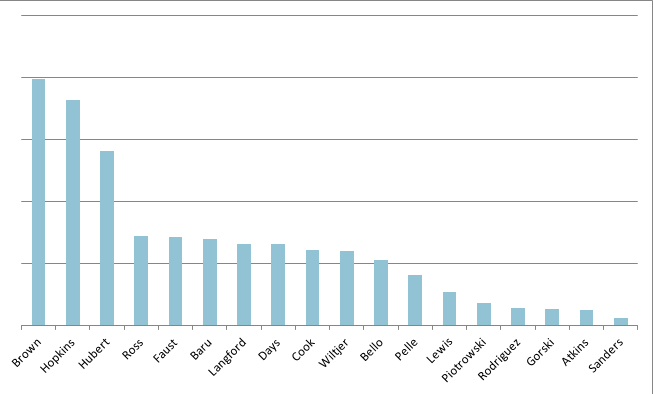 As you can see, Brown ran away with first place, and Hopkins and Hubert were predictably neck-and-neck at #2. Then Faust, Baru, and the surprising LaQuinton Ross were all close for #3 before a slight drop for Devin Langford and Rod Days. Quick reactions:

Those are my only qualms. So, how intelligent (or unintelligent) do you think your fellow voters are?