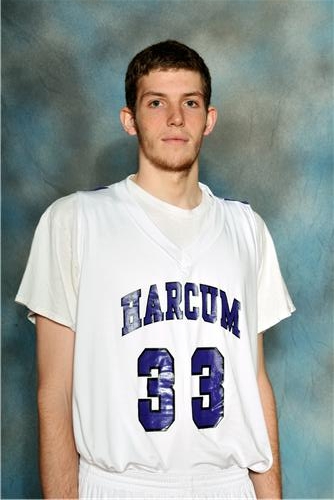 A few months ago, we broke out a series of introductions for Maryland's 2010 basketball recruiting class. At the time, we assumed that those five players would most likely be it for the class. Of course, that's not how it turned out. So we have to expand it a little and formally introduce the world to Maryland's latest commitment, Berend Weijs.

Name: Berend Weijs (pronounced Wise)
Height: 6-10
Weight: 210
Previous School: Harcum Community College (Bryn Mawr, PA) via Amersterdam, The Netherlands
Position: PF/C
Nickname: I'll probably refer to him as Wise for short, but The Flying Dutchman will be hard to beat.
Strengths: Big time shotblocker. He's moderately athletic and extremely long, which makes him a mini-Jarvis Varnardo; or, at least, that's the hope. Harcum had to rewrite all kinds of blocks records after Weijs came through; he averaged more than 4 a game. He's a face-up four with a game similar to a taller Dino Gregory from what I've read. He can supposedly shoot it pretty decently out to about 15 feet and runs the floor well. His blocking ability should translate to skill while rebounding. He played somewhat limited minutes at Harcum, but was still able to put up solid rebounding numbers and insane block numbers. Caught Maryland's eye playing pickup against the team, so he's guaranteed to be a good practice player. Supposedly received interest from North Carolina and Virginia.

Weaknesses: 6-10 and 210 pounds? His BMI is like in the negatives. If he is to become a major contributor, he'll probably need to add lots of weight. He'll likely never have any sort of consistent post game on either end of the floor; he's just not strong enough to avoid getting pushed around in the paint. Questions abound, and rightfully so, about concerns over his playing time and lack of interest (until late in the game) at Harcum. He's never been any sort of focus offensively and there are concerns about his ability to contribute on the offensive end in the low post. If he can't, it'll be tough rationalizing playing him against all but the tallest teams.
In a Turtleshell: A tall, long shot blocking presence that may or may not be able to provide some offense; either way, he's only here for two years and providers another tall, warm body in practice.
Comparison: Weijs is a difficult one to call. His defensive presence and lack of offensive aptitude call to mind Jarvis Varnardo, but that might be overselling him a little bit as a collegiate player; Varnardo was otherworldly. But we know so little that sweeping generalizations like that are probably needed. If not Varnardo, a less athletic Lewis Sanders with a shorter wingspan?
Prediction: Again, he's a really tough call. He could be another Boom Osby, a semi-impact player that was never really heard of before committing. Or he could end up doing nothing more than holding onto a scholarship for two years and providing a body in practice. Honestly, I like him. He won't be a star, but there's no reason he can't spell Jordan Williams a few minutes a game and provide a couple blocks. Right now, I think that's an acceptable middle ground for him.