Share All sharing options for: An Up-Close Look at Maryland Basketball's New Jerseys

Well, if there really is a Maryland Madness surprise, I'm guessing it's not the uniforms, considering Under Armour just went all-out in posting up-close, high-quality shots of the unis - plus explanations on the technology and design - on their Facebook page.

A quick tour past the jump:

First off, UA says that Maryland will "play in four different colors" this year, which I'm pretty confident are white, red, gold, and black. The black unis haven't been used since the embarrassment the team received against UNC in them, but who knows? Maybe they'll see a comeback.

Now, onto images: the first, beautiful, full shot we've seen of the unis: 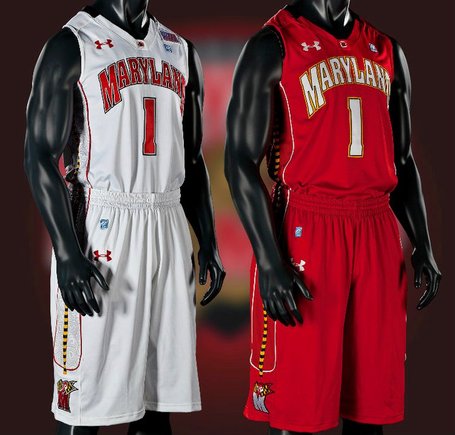 My only visible qualm: what's up with the trim stopping? You can see in the zoomed-in images that the M/flag logo is actually an entirely separate patch, but the trim really should go all the way through, going under the M to the bottom of the shorts. 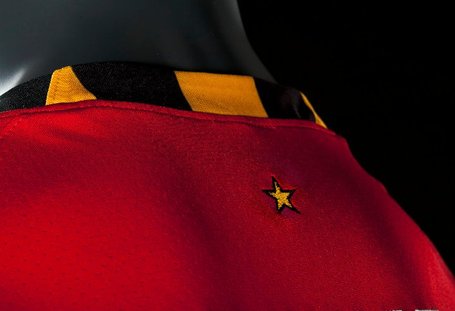 There was some uncertainty early on about what this gold star on the back of the unis above the name indicated. Because it was on Adrian Bowie's uniform in the leak, some assumed it meant he was captain. I personally thought it was an "M." The real reason? "The star on the back of the jersey celebrates the Terps' nat'l championship in ‘02." Not at all sensible, but I'll take it. 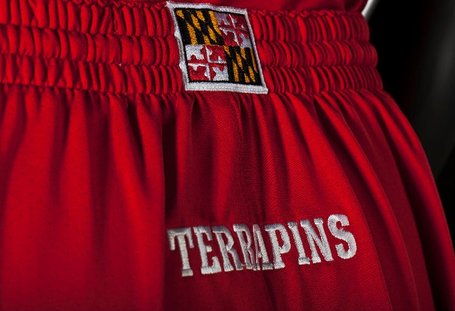 Yep. Word on the shorts. At least it's not long-ways, like before, but I'm still not in favor it. It just looks bad. That state flag, however, looks pretty sweet. I'm of the opinion that it should be on the front, ala Kentucky's checkerboard and Oklahoma's wagon wheel, but the back works, too. 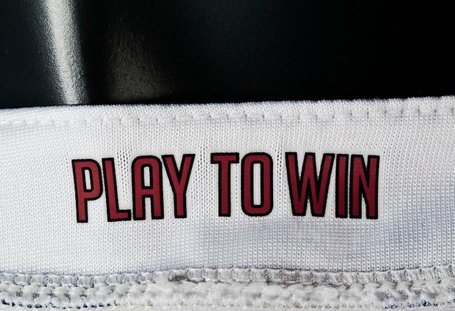 Ah, the best part of the uniform. If only it said something Maryland-specific (....uh?) it would be perfect, but I love the whole "meaningful phrase on the uniform" trend lately. In about three years it'll get really played out (thanks, Nike), so good job getting in while it's still cool.

And hey, the ladies are getting new unis, too. They're very similar, though way heavier on the black (there's literally an all-black uni, including number and name fill) but I've seen worse. The turtle print goes down the entire back, too.

Now that you've seen them up-close-and-personal, any thoughts? I approve.