There's a disturbing trend about Maryland's next opponent, the James Madison Dukes. No, it's not that they went 12-2 last year. And it's not that they're in the CAA, a conference currently besting the ACC at a rate of 2-1 (on the back of UVA and Duke, natch).

No, it's their utter disregard of facial expressions in photos. They are so fearless that they don't care how they appear in profile pictures that probably only diehard JMU fans (of which there are 41), family members, and esoteric bloggers (like myself) will ever view.

For that reason alone, I have a newfound respect for Maryland's next opponent. Cause who can't fear Vidal Nelson?

But it gets worse.

That sneer is going to appear in my nightmares, and Travis Baltz's too. And then there's the more solemn Marcus Turner:

Either his dog just died or he's completely stoned. Or both.

Then there's star OT Brandon Monroe and freshman "offensive center" Scott Jones, seemed a bit confused at the prospect of having their picture taken: 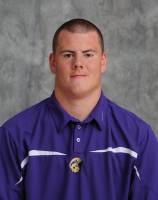 Remember, they have no problem appearing like this. Vicious. My favorite might be the giddiness of Brett Ainsley:

I don't even know what to say about Dae'Quon Scott, Daniel Allen, and Leavander Jones. Scott's hands-on-hips pose is absolutely priceless, Allen appears to be falling forward and to the right, and Jones doesn't even look like he's looking in the right direction, staring to the left of camera with a befuddled expression: 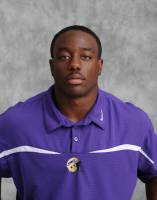 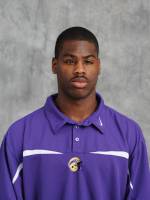 But the scariest thing about all this is that they're so BA that they have no problem appearing like that. Eek!