Share All sharing options for: Maryland Minute 7.19.09 - More on the Tyrek Cheeseboro Commitment 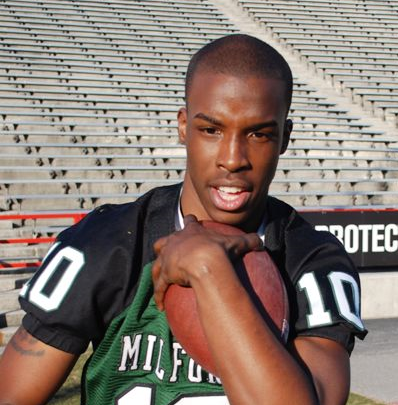 "We knew when he was a ninth grader [that he had DI potential]," White said. "He was just so fast. [We thought], ‘this guy’s got a chance.’ ... He gets to full speed very, very fast. ... We’ve had some good skill players in the last couple years, but this guy, we kind of knew. His personality is just so good. He’s just a good kid. A lot of coaches see it in him and gravitate towards him."

Athlon Sports Terps Football Preview
Nothing we don't know, of course, but Athlon has posted their Maryland team preview (the same one they use in the magazine, dontchaknow).

Justin Anderson, 6-6, Boo Williams, 2012: Anderson, who plays out of Montrose Christian, told NBE he is already being recruited by Texas, North Carolina, Duke, Oklahoma, Georgetown and Villanova. Early on, he considers Texas, UNC and OU as the leaders.

I still think we'll get in at some point, but I wouldn't hold my breath.

NBA Summer League Wrapup
Where Are They Now has a nice wrapup of the Terps in the NBA summer league - you may remember Ekene Ibekwe had that scary injury in the final seconds of a one point win. He seems to be okay now, thankfully; in other news, looks like Gist is actually going to be in the lig this year.

Sonny Vaccaro Honored in Vegas
Yeah, this is real - Sonny Vaccaro is being honored by the Grassroots Basketball of America (pretty much AAU, I'm guessing) Hall of Fame. Only the AAU could honor Vaccaro - he's the man responsible for Brandon Jennings and Jeremy Tyler's decision to head overseas, and was an "adviser" to the Stephenson's for Lance's recruitment. I'm sure he's done some good, but he's really messed up some people's futures.

Chris Wilcox to Detroit
It's a shame to see Wilcox's NBA career still mired in mediocrity - he has an amazing amount of talent - but he's a Terp, so the news is still relevant. He got $6 mil and two years, which isn't bad. Hopefully he can find some PT behind Charlie Villaneuva.