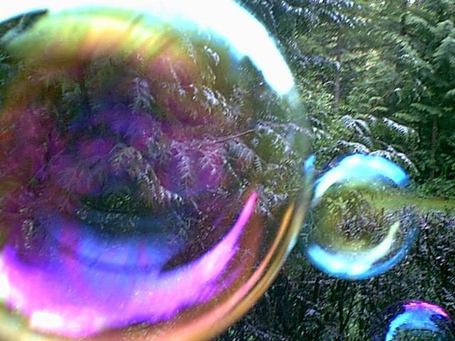 Saturday is a big day for all the bubble teams, because there are a ton of games involving teams that are teetering on the edge of being in or out. Actually, there's 15. Obviously, the weaker the bubble the better for Maryland, so every bubble team that loses is a giant boost. I'll be watching basketball most of the day, especially because some of these games should be good, so here's a quick rooting guide.

Iowa State @ Texas A&M - Root for Iowa State. Probably won't happen, but it'd be a bad loss for TAMU, which they don't have yet.

Notre Dame @ UConn - Root for UConn. If Notre Dame knocks off UConn, it'd probably be a guarantee of making the tourney, despite not deserving to. The chances are low, but the Huskies really need to pull this one out.

Arizona @ Washington - Root for Washington. I'm not overly worried about this game; Arizona pretty much has a bid wrapped up. But things could still change, though a win over Washington would cement a bid.

Duke @ Virginia Tech - Root for Duke. I know, it pains me too, but there's no chance VT misses the tourney with a win over Duke.

LSU @ Kentucky - Root for LSU. Kentucky is on life-support right now. Beating LSU would get some talk going about them, but a loss would be the knock-out punch.

Temple @ Dayton - Root for Dayton. Both teams are bubble teams, but Dayton has a much better chance of getting into the tourney than does Temple. A loss might end Temple's chances, whereas Dayton would still have an outside shot.

Ohio State @ Purdue - Root for Purdue. A late-season win at Purdue would be huge for the Buckeyes, and they'd have to undergo a massive breakdown to get left out at that point. Purdue should win this game, but you never know.

Utah @ BYU - Root for Utah. BYU has a decent record, but hasn't beaten a halfway decent team all year. Worse, they've been swept by the MWC elites. Most believe they have to beat Utah to even have a chance, and even then will be on the outside looking in.

Texas @ Oklahoma State - Root for Texas. OKSt has a good resume, but they're missing that one big win. Worse, they're weak against the RPI Top 50, but a win over Texas would rectify both issues.

Indiana @ Penn State - Root for Indiana. Though I'm pretty sure Penn State will win, a loss would be a crippling blow for a team with such a low RPI and SoS.

UAB @ East Carolina - Root for ECU. Sure, most consider UAB dead after their loss to Memphis. But they're still hanging on by a thread - you can bet they'd be dead in the water after ECU.

USC @ Stanford - Root for Stanford. One of the more unlikely games to turn out favorably, but also one of the less important games, USC (like UAB) is almost dead. The game is far from necessary, but would be nice for closure.

New Mexico @ Colorado St. - Root for Colorado St. Really, New Mexico isn't looking too good. They haven't been mentioned much at all when it comes to the bubble, so they have to be near flawless to get an at-large bid.

South Carolina @ Vandy - Root for Vandy. Much like Arizona, South Carolina has a bid all but wrapped up, but you never know what'll happen. Better to err on the side of caution.

Utah St. @ Nevada - Root for Utah St. This one is a double-edged sword. If Utah St. loses the WAC tournament, this game would help make a case that they should get in anyway. But if Nevada wins, they start to gain some traction late in the year.

The most important games of the bunch are the Duke-VT game and the Notre Dame-UConn game. Both are conceivable upsets and would really hurt Maryland. Notre Dame has been a favorite of basketball analysts all year, meaning committee members will probably like them too. VT's resume will be great with a late-season win over Duke. But all of the games are important - I'll be watching them carefully, partially because it's supposed to rain tomorrow, but also because they're so important.