Maryland-Virginia Tech: Shield Your Eyes (Not Because of the Score, Either)

Share All sharing options for: Maryland-Virginia Tech: Shield Your Eyes (Not Because of the Score, Either)

As if we needed another reason to fear the Maryland-Virginia Tech game, which will likely end with a 40 point win for the Hokies: the uniforms. It's been known that Maryland will be suiting up in special, custom-made Under Armor camo jerseys to honor America's veterans, and using really nice camo shoes to go along with them. The jerseys? Meh. It could be worse, I suppose.

To know that it could be worse, all you have to do is look at what Virginia Tech will be outfitting themselves in: 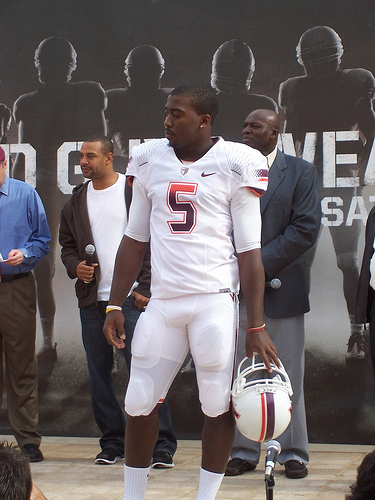 Yes, that's a gradient on the number. And gradients on the shoulders. Gradients.

It also looks like there's some weird stuff going on at the back of the knee, and the shoulder looks like it has Oregon's wing design...ugh.

So you know how rough this game will be, this'll be the matchup: 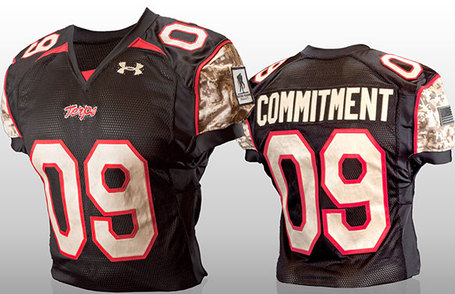 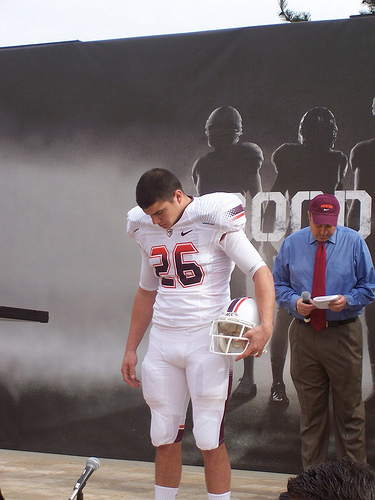