Alex Wujciak's always been famous for one thing. His 100+ tackles seasons? His preseason All-ACC selection? His constant presence in the top 10 in tackles in the NCAA?

Wujciak has traditionally had long, flowing locks, and hasn't trimmed his hair since his freshman year. I was even growing a little attached to it, and it fit his weirdo, gung-ho personality well.

And then this happened: 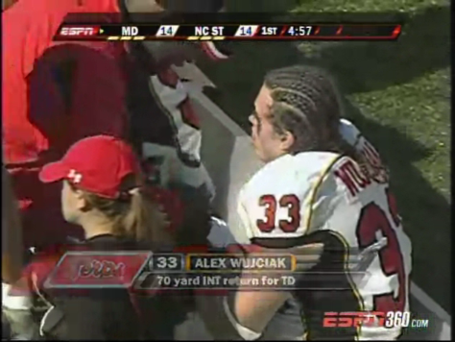 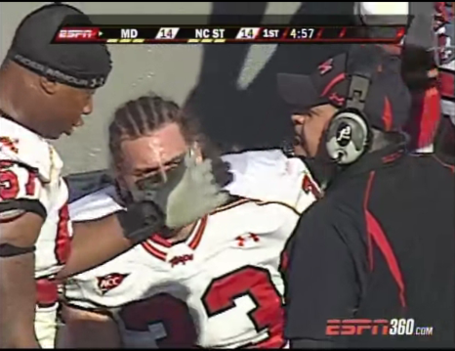 Uh, Alex...bad decision, bro. You look like a Duke recruit.

For what it's worth, he didn't cut his hair...he just turned it into corn rows. Which looks terrible.

Is this relevant? Not really. But dammit I'm tired of losing and this interested me. So there.

To make this relevant, I guess I should mention that Wujciak had his customarily solid day, and added in an interception return for a TD, the first time that's happened for Maryland since Erin Henderson.

Actually, maybe he should keep them.