Two Weeks Away From a Hippolyte Tsafack Commitment?

Share All sharing options for: Two Weeks Away From a Hippolyte Tsafack Commitment?

So says ESPN, via IMS:

Power forward Hippolyte Tsafack is scheduled to visit the University of Maryland on Oct. 30 and if things go well could commit to the Terps shortly after, according to ESPN.com's Maryland affiliate www.InsideMDSports.com.

Tsafack told the site he is waiting on his SAT results before he commits officially.

"I was supposed to commit to Maryland a long time ago," said the No. 40 power forward. "I think I'm ready to go to Maryland to play."

Awesome news. Lock up that fifth spot, and then Gary & Co. can put a full-court press on Tobias and Leslie.

There had been some questions about how "comittable" his offer was, but there's really no reason not to take him right now. He wants to be a Terp bad, and he's on the same level as the other Maryland targets outside of Leslie and Harris, Jon Graham and Ashton Pankey. You're not getting both Leslie and Harris, so might as well lock up Hippo now.

For those who don't follow recruiting much, Tsafack is a 6-8 native Cameroonian and a teammate of Mychal Parker. He's ultra-athletic, ultra-strong and is basically a bull in the paint. Outside of six feet, his game gets rough, but he's only been playing for a few years and has limitless potential. Combine that with a stellar work ethic, and you have to like what he can be. He's always kind of struck me as someone similar to Boom Osby, only with an extra two years to develop under Gary. His first few years might be quiet, but I'm pretty confident he can turn into a solid contributor. Also, he has some serious offers: Memphis has given him a scholly offer, and Duke and UCLA were considering it.

This also guarantees to C.J. and Tobias that they won't be stuck in the paint. Tsafack is as pure a post player as it gets, but he can also run the floor; thus, they won't be confined to the post in the halfcourt sets, but he won't be a liability in the fast break.

Also, it gives me a reason to post this: 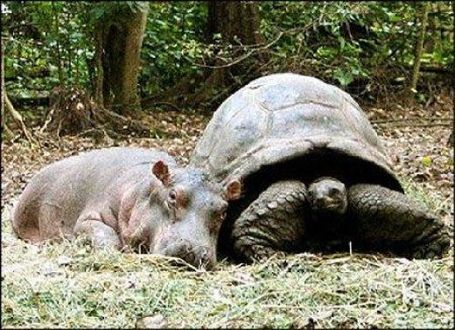