Share All sharing options for: So Lance Stephenson is...at the Maryland-Miami game? 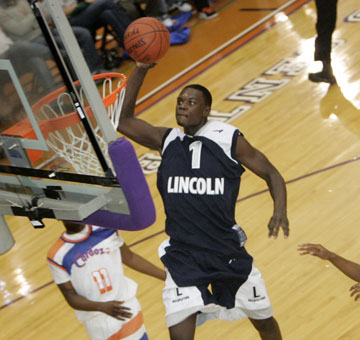 Yes, you read that right. The #1 player in the nation, Lance Stephenson, Born Ready, is actually taking an official visit to Maryland tonight!

Now, he's a huge longshot, but that doesn't mean it's impossible. He apparently wants to go somewhere that has a decent base but is a bit down in the dumps - he could come in and be the "savior" of the program. Some exposure wouldn't hurt, either. Maryland has both of those - mass media market, high exposure in the ACC, a good base with Bowie, Mosely, and Millbourne. Not to mention, his teammate James Padgett is already committed to Maryland.

Maryland isn't listed on either his Scout or Rivals page. There's a good chance he did this on a whim to please his friend Padgett. But this is a glimmer of hope in a time when it's much needed.