Basketball's Right Around the Corner

Share All sharing options for: Basketball's Right Around the Corner 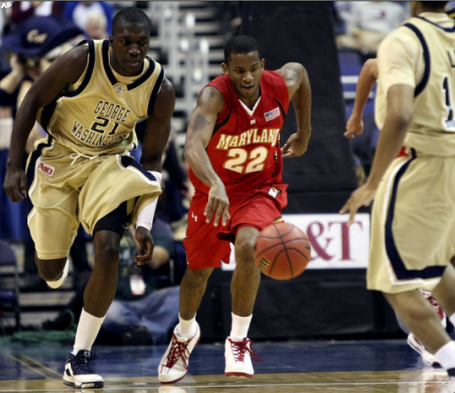 That's right, after a murderously long 10 days without any sports, Terp basketball is making a comeback. On Monday, Maryland will take on American at the Comcast Center, marking a long awaited return from finals.

Perhaps you remember (I do) last year's game against American. Not very good, was it? In fact, you could mark that as the worst loss the team suffered last year, though I wouldn't say the Ohio loss was a shining moment in the season. I have confidence that this game, though, will be much, much better than last year. First, the team is a better team than they were last year, a conclusion many didn't expect to come to. Second, I imagine they would like some payback from last year.

Unfortunately, after that game, we have another five day break before a game against Bryant University. After that, the season picks back up again, with Maryland's bowl game against Nevada on the 30th and a game every three or four days for basketball. That busyness (I don't know how that's spelled. It probably should be "business" but then you'd pronounce it wrong) will be welcome after the lack of excitement the past few days.