Share All sharing options for: Some Midnight Madness Thoughts

Sean Mosley looks good in a Terps uniform. I think this kid is going to be good. Real good. He just seems to have that confidence, swagger about him.

Braxton Dupree looks like a totally different person. After losing 20 pounds of fat, Dupree looks more like a power forward than a center. Apparently, he is one of the leaders now in the suicides that the team runs during practice.

Eric Hayes is going back to running the point. I think this is a good move for the Terps as Hayes never seemed to be conferrable as the 2 guard last year.

Dave Neal is still fat. But I think he's a funny, good character guy to have on the roster and he'll get minutes this year. He kind of reminds me of Kevin Millar, the first baseman for the Baltimore Orioles. 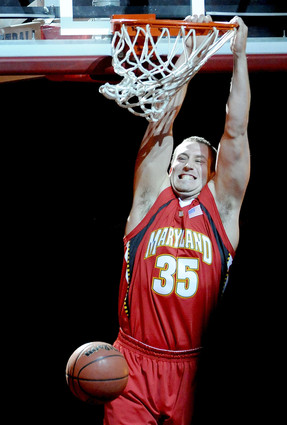 Sweet ride by Gary. Coach Williams' ride into Comcast was a sweet Under Armor tank/hummer police car thing, and it was awesome. 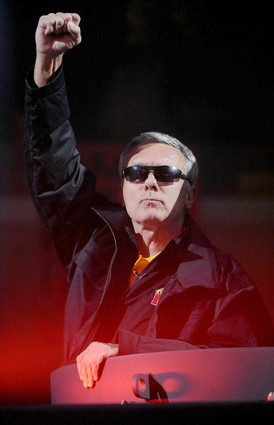 The new uniforms look pretty good...not sure entirely if I like them yet or not. There is at least a red (away), white (home) and back (alternate). Not sure if they'll have the yellow jerseys again, which I love.

Dino Gregory looked good. He had a great 1 handed ally-oop slam, nailed a 3, and look much more confident then he did at any point on the court last year. Look for him to possibly be getting more playing time then I expected.

No Jin Soo Kim sighting. I know he can't participate in anything until he is officially cleared by the NCAA but I didn't see him anywhere in Comcast.

Here is a good quote from Gary Williams that I'll leave you with:

I think Gary is right. Preseason polls are stupid and 90% of the time don't mean squat. I expect this team to surprise a lot of people this year. What do you think Terp fans?